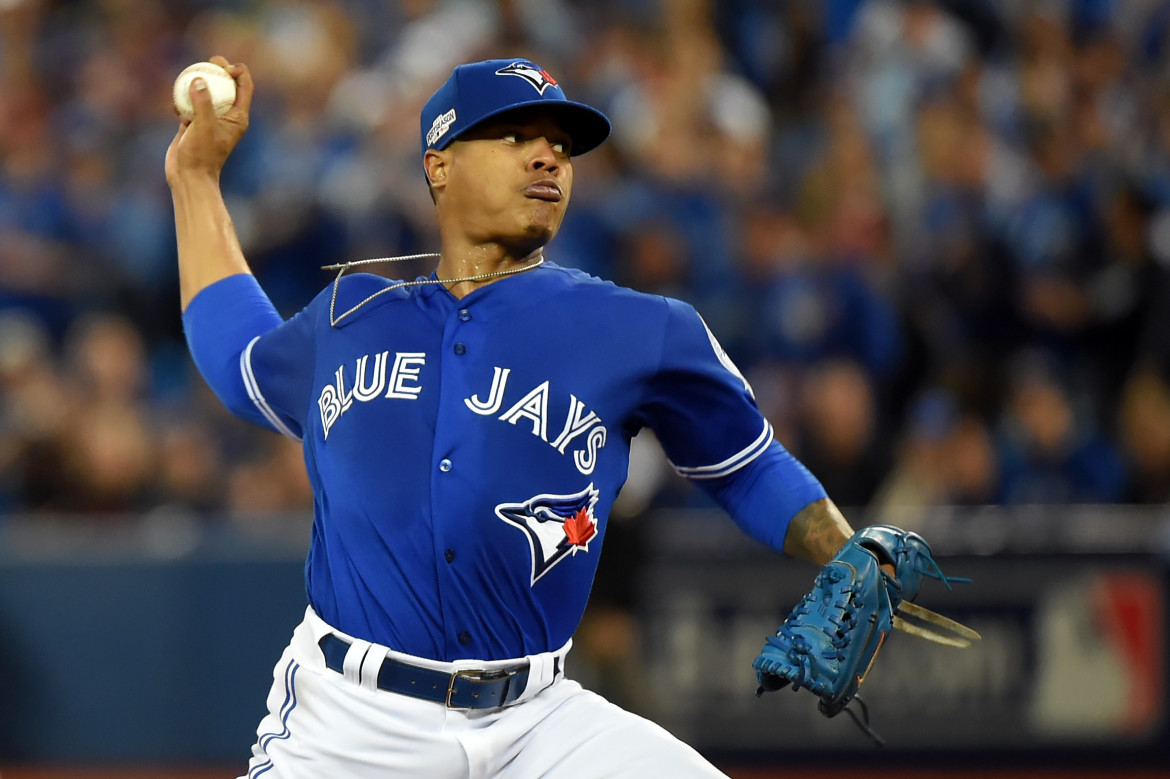 Marcus Stroman is the best home-field option for the Blue Jays in a must-win ALCS game three, analysts say.

The Rogers Centre will see its first ALCS action on Monday in game three of the series.

Cleveland is coming in with a 2-0 series lead, but the Blue Jays are looking to turn the series around at home.

“If there’s one pitcher on the Blue Jays roster that can channel a crowd’s energy into on-field performance, it’s Stroman,” Matheson told Humber News.

Stroman’s best outing this year came at home in the do-or-die wildcard game against the Baltimore Orioles. Against the Orioles, Stroman pitched six innings allowing just two runs, and striking out six batters.

“A lot of people disagreed with the decision to have him pitch the wildcard game, but he went out there and was absolutely nails. He’s shown that he really thrives and embraces being under pressure,” Smith said.

Stroman’s performance in the wildcard game was not only a confidence boost for him, but for some fans as well.

Pitching hasn’t been a concern for the Blue Jays in the playoffs so far. Hitting is currently the biggest worry for the Jays.

The Jays struck out a combined 25 times in the first two games of the ALCS. Cleveland’s power lefty Andrew Miller has ten of those strikeouts.

Cleveland’s dominant bullpen shrinks the window of opportunity for the Jays to score runs.

Keegan Matheson said the Jays need to take advantage of Cleveland’s starters while they’re still in the game.

“With Miller and Allen on the back end, it seems like the Blue Jays only have six or seven innings to win the game whereas Cleveland has eight or nine,” Matheson said.

“This isn’t an insurmountable challenge by any means, but it severely limits the margin for error and creates a real urgency to score in the early innings against Cleveland’s starters.”