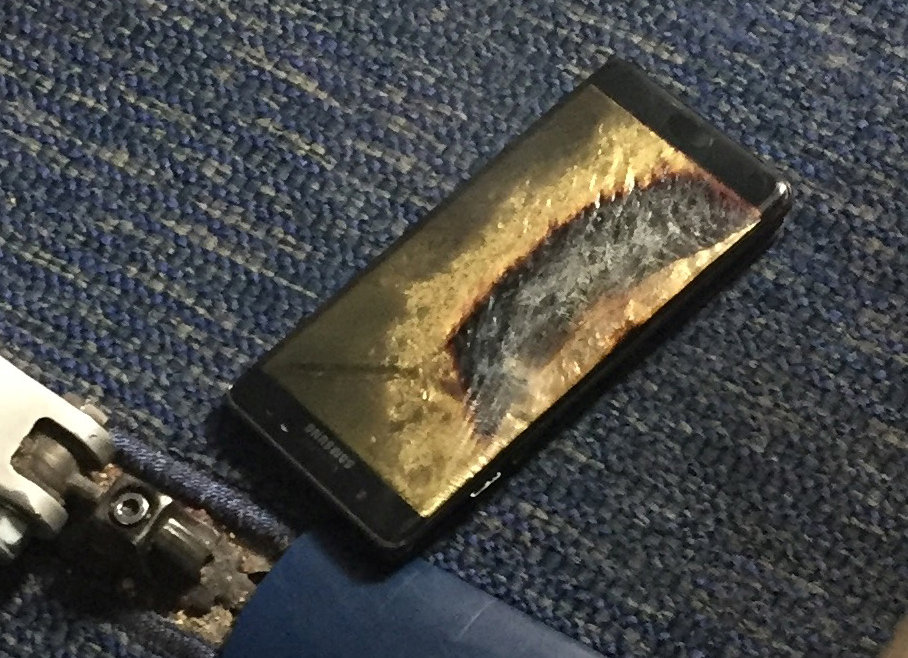 A model poses for photographs with a Galaxy Note 7 new smartphone during its launching ceremony in Seoul, South Korea, August 11, 2016. REUTERS/Kim Hong-Ji/File Photo TPX IMAGES OF THE DAY

Samsung announced this week that they are ending production of their Galaxy Note 7 smartphone, after reports of the new devices catching fire.

Samsung originally recalled the phone on Sept. 15, and later released replacement phones to compensate. After more reports of the second wave of phones overheating and causing fires, the electronics company halted sales of the phone on Sunday.

The Note 7 lithium-ion battery can overheat and burn, causing a potential fire hazard.

In a statement issued Monday, Samsung Canada said “customers with the original Galaxy Note 7 or the replacement must power down and stop using the device and seek a refund or exchange for a different phone.”

We have confirmed the stop sale, exchange and production of the Galaxy Note7 globally. Canadian details here https://t.co/cBotwtjaSe

Maryam Golabgir the Managing Director at Digital Marketing Experts in Richmond Hill, Ont., said she doesn’t think this recall will effect Samsung that much.

“If you think about it, every company has recalls at some point,” said Golabgir. “What they need to do is rebuild trust. They need to offer incentives and replacements on different social media platforms in order to keep that trust.”

Some Samsung users at Humber are afraid of what the future may hold for the tech giant.

Abhayjeet Singh an accounting student who owns a Samsung Galaxy S6 said the recall has changed the way he feels about the company.

“If something like this happened to my phone, I wouldn’t know if a new model is safe or not,” said Singh. “How could you trust that company again?”

Samsung is currently offering a refund or exchange for the Note 7 at the place of purchase.

According to the federal government “approximately 21,953 of the recalled smartphones were sold in Canada, and about 1 million in the United States.”

As of Sept. 12, Samsung had received “92 reports of the batteries overheating in the U.S., including 26 reports of burns and 55 reports of property damage, including fires in cars and a garage,” said the government website.