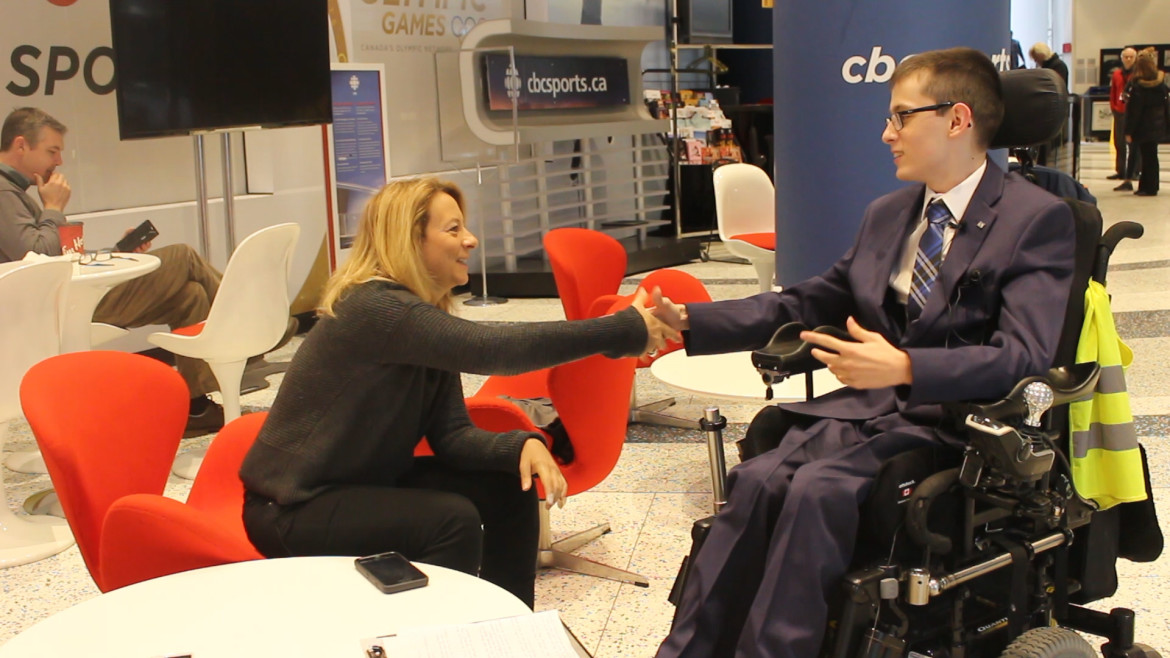 Mitch Stark, a first-year Humber College journalism student, sat down with veteran CBC reporter Adrienne Arsenault to discuss her experiences in her career and the way journalism has progressed over the years.

They discussed multiple topics including disabilities and their relation to reporting on various news platforms.

Mitch expressed concern about not wanting to be known as the “disabled reporter.” He also inquired as to how people with disabilities can find work in the journalism industry, whether it be broadcast, print or online.

The discussion also included the insight on Arsenault’s experience reporting in foreign countries and the danger that follows reporters working in war zones.

Arsenault is a foreign correspondent who joined the CBC in 1991.

She has covered many stories including the Ebola crisis, multiple Olympic games, the political uprising in Libya, flooding in Pakistan as well as the Israeli-Palestinian conflict when she was the CBC’s Middle Eastern Bureau Chief based in Jerusalem.