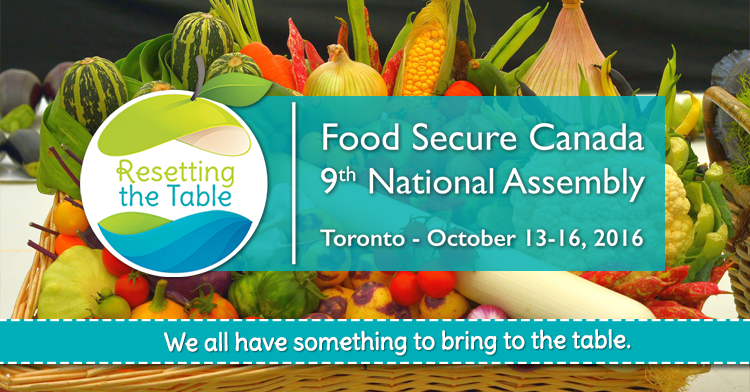 The need for Indigenous people to have access to healthy and affordable food will be front and center at a conference in Toronto this weekend.

A panel of Indigenous leaders from across the country took part in a Thursday evening event called Decolonizing the Table.

Dawn Morrison, Director of the Working Group on Indigenous Food Sovereignty, spoke of the “Fourth World reality in which we live in a first world country like Canada.”

Food Secure Canada, which advocates for access to affordable food for all Canadians, has been joined by other groups working with the Trudeau Government on implementing a national food policy, the meeting heard.

“At this time in Canada’s history, we cannot try to fix our food system without tackling the legacy of colonialism and Residential Schools and acknowledging the urgency of Indigenous food sovereignty,” said Joseph LeBlanc, a Food Secure board member.

Over the weekend, participants will be able to explore many different food-security related segments.

In fact, the event hosts more than 50 sessions with experts helping build skills.

“We have many suggested policy reforms,” said Bronson.  “The most urgent policy reforms are focusing on a national student nutrition program.”

“We need to see support for the next generation of farmers,” who called for a recognition of Indigenous and northern food sovereignty,” Bronson said.

“We are very confident that we are going to be moving in that direction.”

Trudeau has requested Minister of Agriculture Lawrence MacAuley to “develop a food policy that promotes healthy living and safe food by putting more healthy, high-quality food produced by Canadian ranchers and farmers, on the tables of families across the country,” the prime minister’s office said in a statement.