Memorial service held for student who dies in crash 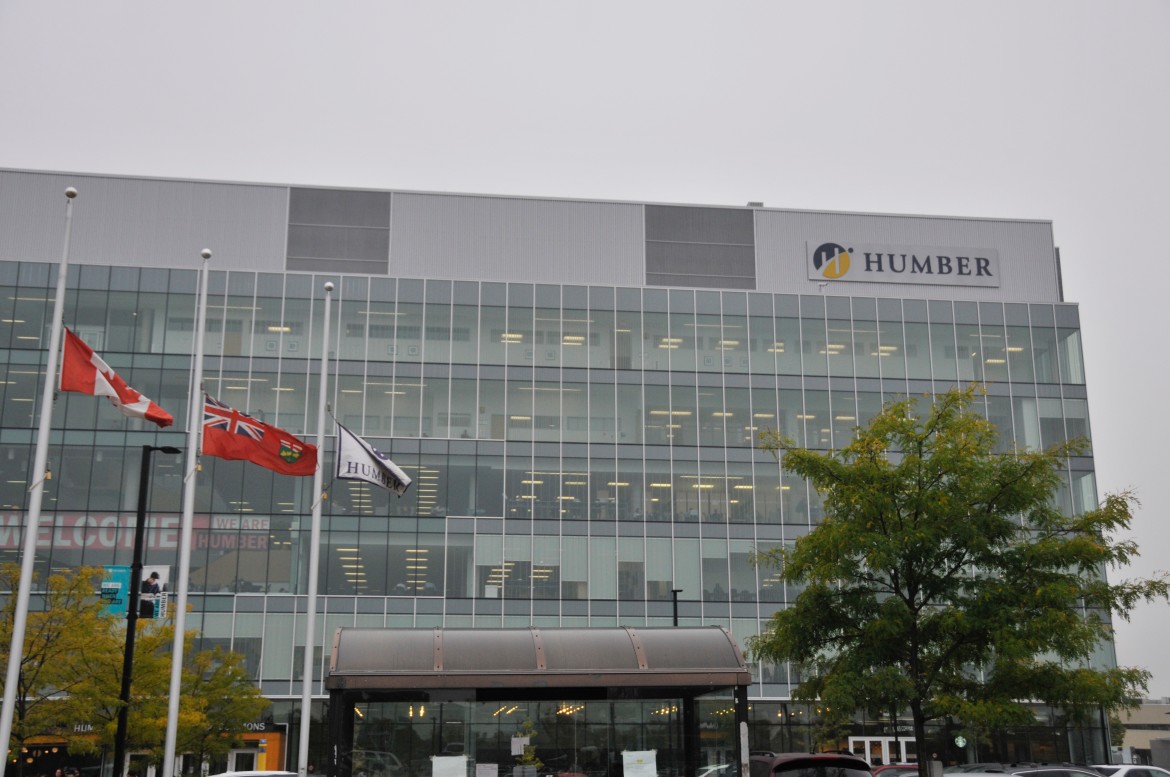 The flags were at half mast Monday at Humber North for a memorial service for Lauren Bouchard, who died on Thanksgiving in a car crash in Brampton.

The crash also claimed the life of her boyfriend and 16-year-old sister.

Bouchard was a student in the early childhood studies program at Guelph- Humber.

“The loss was felt immediately,” said Martyn who helped organize the service. “I think in a community like ours people want to be able to give or share in some way.”

“It was some of the students’ ideas to create these ribbons,” said Martyn. “When someone dies it’s a loss for us all and it’s felt across for all of our students.

“She was a beautiful person inside and out, one of those people who could light up a room,” said Matthew Hayes, a friend of Bouchard’s for five years. Hayes and Bouchard started in ECE together at Humber in 2012 and transferred with her to Guelph-Humber’s ECS program.

“She was there for you no matter what, she could be going through the hardest things in her life and she would’ve dropped it all for you,” said Hayes who last saw Bouchard on October 5. “I think people should remember Lauren for her passion to be an educator.”

Stephanie Sciulli, another long-time friend of Bouchard’s, said she was a caring person.

“It took a while to get her to feel comfortable and open up to you, but once she did she was genuinely the nicest person,”  said Sciulli. “She was selfless and never said no to you.”

People can make a donation on the third floor of GH in the early childhood studies resource room. All donations will go to Bouchard’s parents.

The crash happened on Bovaird Drive near Hurontario Street. Bouchard, her sister Michelle and Brian McGinnis were driving back from Thanksgiving dinner when their car collided with a Trans Am that lost control for “unknown reasons,” police say.

The driver of that car also died in the fiery crash.