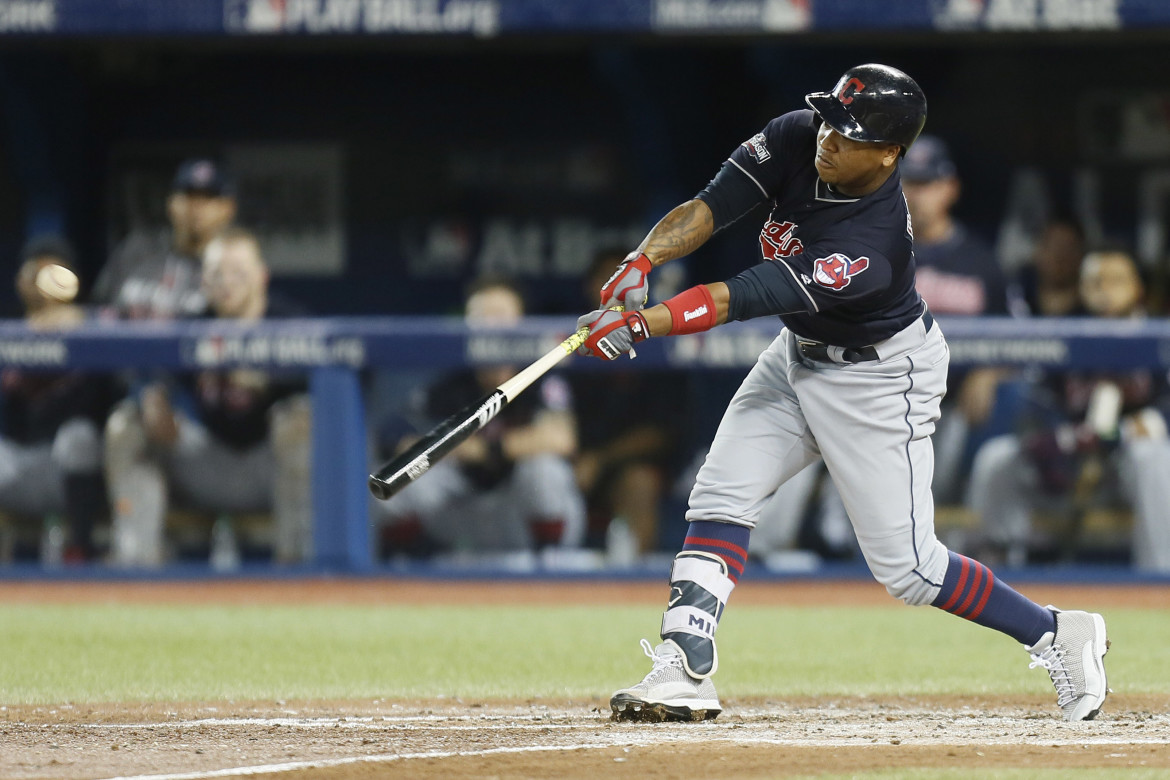 By: Katherine Aylesworth and Lindsay Wadden

A Judge for the Ontario Superior Court of Justice dismissed an application, which would prevent the Cleveland Indians from using their name and logo in tonight’s ALCS game in Toronto.

In a crowded courtroom and just three hours before the game, Judge Tom McEwan denied the injunction filed by indigenous activist, Douglas Cardinal. Due to the tight time restraint, the judge said he would release a statement with more information on his decision at a later time.

Lawyers representing the Cleveland Indians, Rogers Communications and Major League Baseball were all in the courtroom, going up against Cardinal’s head lawyer Monique Jilesen and her team.

Jilesen said the team name and logo is a humans right violation, asking the Cleveland team to wear their spring training uniform, which doesn’t feature the Logo of Chief Wahoo; a cartoon man with large teeth, red skin and a feather headdress.

“Someone like Mr. Cardinal should be allowed to watch the game without suffering from racial discrimination,” said Jilesen.

She asks for commentators with Rogers Communication’s to refrain from saying “Indian” and for Rogers Centre to remove the controversial name, logo and to avoid showing large shots of the mascot on the jumbotron.

Jonathan Lisus, lawyer for the Cleveland Indians, said it isn’t possible for them to reset the jumbotron program in the small time frame given. He also included how the Cleveland indians have two approved road uniforms, both of which have a combo of Indian and the logo on it.

“You’ll have a black jumbotron and players will be running around in spring jerseys,” said Lisus.

Kent Thomson who represented Rogers Communications said it was an impossible case and unfair on Rogers who would be the only network facing the ban.

He said they would have to black out Sportsnet broadcast to avoid showing the Cleveland teams logo. He added that passing the injunction would not just affect the company but also the fans, bars, and employees because of Cardinal’s beliefs.

Marcus Koennen who represented the MLB said he didn’t know exactly what Cardinal wanted to be done and compared it to “nailing jello to a tree.”

Koennen mentioned how the MLB’s subscription service has contractual obligations with their customers and altering their viewing experience will be a breach in contract and with only hours to the game, they wouldn’t have time to alter the rights.

Cardinal was not in attendance during the hearing due to the fact he was in China. The original time of the hearing was set for 10:00 a.m., but later got bumped down to 1:00 p.m and went till 5:00 p.m.

Game 3 of the ALCS series began tonight at 8:08 . We will have more on the story tomorrow.