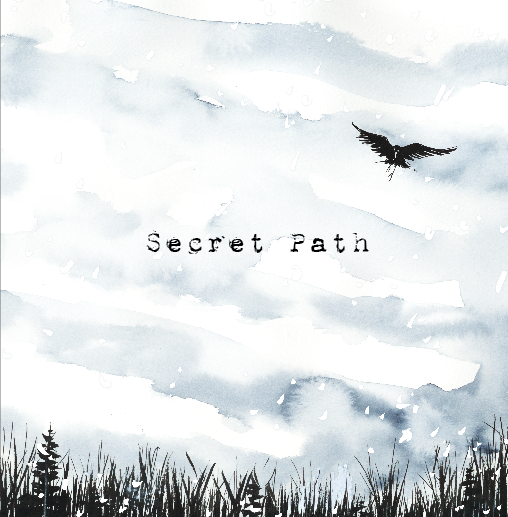 Months after an emotional farewell cross-country tour as the frontman of The Tragically Hip, Gord Downie is exploring Canada’s troubled history with First Nations in his latest solo album.

Secret Path, Downie’s fifth solo album that’s released Oct. 18, tells the story of Chanie Wenjack, a 12-year-old First Nations boy who died in 1966 after running away from Cecilia Jeffrey Indian Residential School near Kenora, Ont. His home, Marten Falls, was almost 1,000 km away. His body was found on railroad tracks near the residential school.

“Chanie haunts me. His story is Canada’s story. This is about Canada. We are not the country we thought we were,” Downie said in a statement.

Originally recorded in 2013, the album is accompanied by an 88-page graphic novel made by comic artist Jeff Lemire. An animated film, also made by Lemire, will air in an hour-long commercial-free television special (Sunday, Oct. 23 at 9 p.m.) on CBC.

Downie was diagnosed with a terminal brain tumour last May, and despite responding favourably to radiation and chemotherapy treatment, the tumour was a glioblastoma, meaning its incurable. A doctor accompanied Downie throughout The Hip’s tour last summer.

The 52-year-old, who many thought was finished performing following The Hip’s Aug. 20 show in Kingston, put together a band to play songs from Secret Path in two concerts. The first is Oct. 18 at the National Arts Centre in Ottawa, followed by a show at Roy Thompson Hall in Toronto on Oct. 21.

Downie first heard of Wenjack from a 1967 story his brother Mike showed him in Maclean’s Magazine, a feature piece that examined the circumstances surrounding his death.

“Chanie haunts me. His story is Canada’s story. This is about Canada. We are not the country we thought we were.” -Gord Downie

Since then, Downie has committed himself to First Nations issues, weaving the history of Aboriginal abuse with the distinct tone of  his tenor. The Hip’s song “Goodnight Attawapiskat,” released in 2012, takes aim at the Canadian government’s lack of attention paid to Indigenous communities.

In an interview with CBC’s chief correspondent Peter Mansbridge that aired Oct. 13, Downie spoke at length about how he’s used his condition to help get word out on First Nations issues.

“We’ve got to really help out our friends up North,” said Downie. “I’m not putting it all on my death. But it’s put me in a position where I can actually get some attention. As I said something at the show, they really clung.”

“(Trudeau’s) got me. His work with First Nations – he’s got everybody. He’s gonna take us where we need to go,” Downie told the audience. “And we gotta be a country that’ll take us 100 years to figure out what the hell went on up there. But it isn’t cool. And everybody knows that.

With the help of his brother Mike and the Wenjack family, Downie created ‘The Gord Downie–Chanie Wenjack Fund,’ aimed at, according to Downie in a statement, “creating new relationships between Indigenous and non-Indigenous peoples.”

“Generations grew up not hearing about what’s happening in the North and in Indigenous communities everywhere. The next generation can’t be raised the same way,” Downie said on his website.