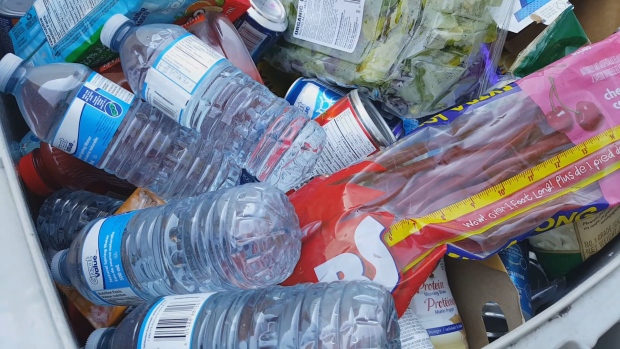 Reaction continued Tuesday to a report done by CBC showing there is a substantial amount of food thrown out by Walmart, specifically within a 12 day period.

CBC’s marketplace went through trash bins at two Walmart stores in the GTA to see how much food the company throws away.

The report found that Walmart repeatedly threw out produce, baked goods, meat and dairy products that were still in packaging.

Second Harvest, Canada’s largest food rescue program states online that Canadians waste $31 billion of food every year. Forty-seven per cent was wasted in homes where one in eight families struggle to put food on their table, the stats show.

Debra Lawson, Executive Director of Second Harvest, said she was surprised by the CBC article.

The Toronto Program is partnered with Walmart in the GTA.

“We have run many pilot projects with them and are currently working on one with them. They are a really committed organization to addressing the issue of food waste in there store,” said Lawson.

Second Harvest has only had a positive experience working with Walmart, she said. While the organization may be committed to solving food waste, it doesn’t always follow down the chain, she said.

Second Harvest has been rescuing surplice foods for 31 years and delivering it to social service agencies across Toronto. Last year alone they rescued 9.5 million pounds of food. They supply enough food for approximately  25,000 meals a day.

Ashlee Collins, General Manager of Humber Food Services, told Humber News she is disappointed that Walmart is throwing out so much food.