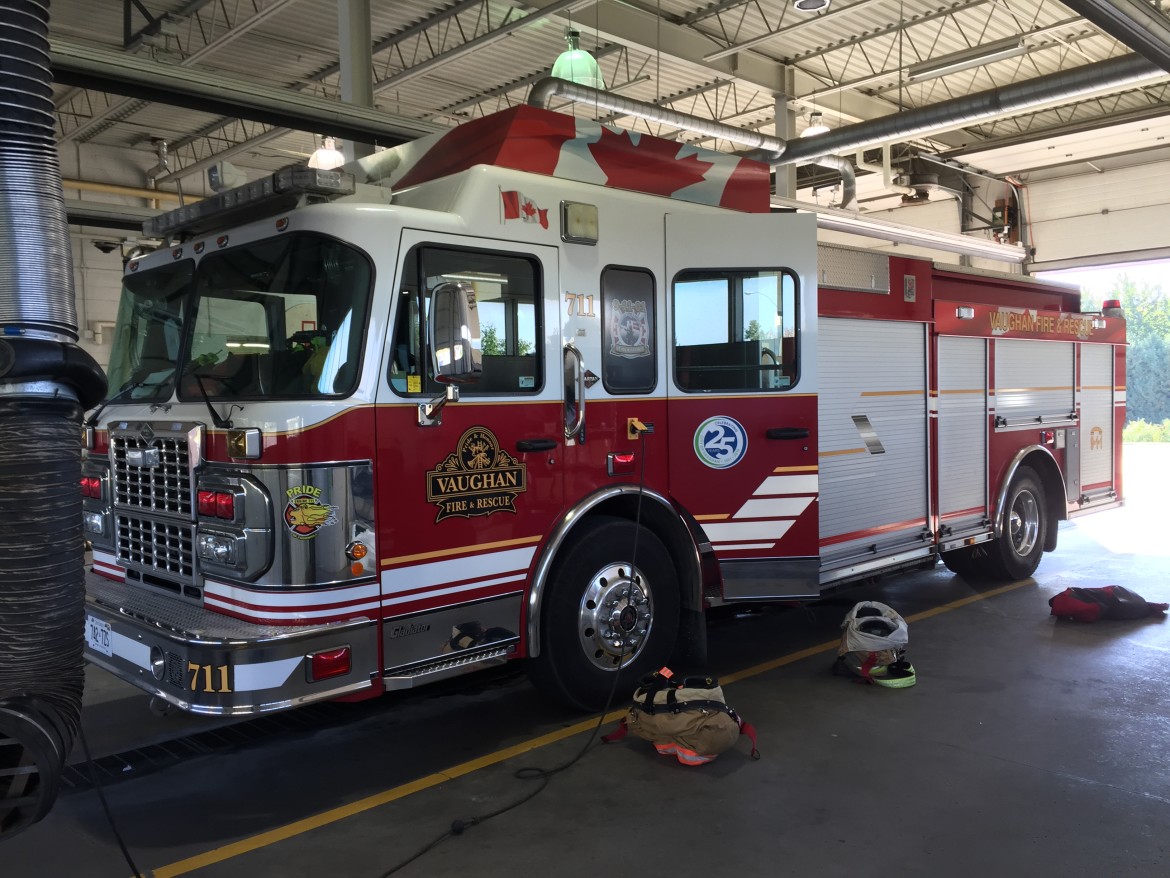 A fire in downtown Toronto on Tuesday has put new emphasis on Fire Prevention Week in Ontario.

Toronto Fire was called to a home at Dufferin Street and Alma Drive where a firefighter was pulled unconscious from a burning fire after being overwhelmed by heat.

The cause of the fire is unknown as is whether there were working smoke alarms.

Toronto police said occupants of the house climbed onto the ledge and were throwing pets out of a window, CBC reported.

Monday marked the beginning of Fire Prevention Week throughout Ontario and this year’s theme is “don’t wait – check the date!”

The theme aims to remind people that fire alarms last up to ten years. Checking the manufacture’s date on the alarm will let people know if it’s time for a new one. A smoke alarm should be installed between each sleeping area as well as on each floor of a building including the basement, fire officials say.

Fire Prevention Week is observed each October during the week that includes Oct. 9. The dates commemorates the Great Chicago Fire of 1871 where hundreds of people lost their lives and a large portion of the city was burned to the ground.

The Office of the Fire Marshal and Emergency Management (OFMEM) says there have been 54 fatal fires in 2016 as of October.

Ryan Betts, Acting Manager for Public Education for the OFMEM said fire prevention week is a great way for people to be made aware of the importance of smoke alarms.

“Fire Prevention Week is important because it provides an opportunity to raise awareness among the general public about the importance of fire safety,” said Betts.

“The aim of this year’s theme is to get people to check the date on their smoke alarms to see when it was manufactured,” said Betts.

He said the best way a household  can ensure they are ready in case of a fire is to be aware of things that can cause fires and do their best to prevent the fires from occurring in the first place.

The National Fire Protection Association (NFPA) said three out of five home deaths happen from fires in homes with no smoke alarms or ones that are not working. Working smoking alarms cut the risk of dying in reported home fires in half.

“A crew and all the new recruits boarded the GO Trains in Maple promoting Fire Prevention Week,” said McDowell.

Even though fire prevention week happens once a year, Vaughan continues to make sure residence are prepared for a fire all year around, McDowell said.

“We have a program called Alarmed for Life where we go around Vaughan residences knocking on their doors and offer alarm inspections. We find that many smoke detectors are no longer working and we provide them new ones for free and offer some advice or answer any questions about fire safety.”

In a news release by the Government of Ontario says to prevent fire measures you should change the batteries in smoke alarms at least once a year and test alarms monthly.

Carol Gravelle, Public Relations Officer for the OFMEM told Humber News Tuesday how they get the message out to Ontario residences.

“The Office of the Fire Marshal and Emergency Management (OFMEM) partners with municipal fire departments in support of reaching and teaching a variety of different audiences. For example, the OFMEM has partnered with Hamilton Fire Department to provide preliminary investigative findings on two recent fatal fire investigations,” said Gravelle.

“In each fire, three people perished. In a news conference tomorrow, a Supervisor from OFMEM Fire Investigations will talk to media about the findings. The fire department will provide information on the programs they have in place to help residents enhance safety in their homes.”

Fire data from the last five years indicate that 35 per cent of fatal home fires, there was no smoke alarm warning.  In 13 per cent of those, there were no smoke alarms at all. Gravelle said more work needs to be done.