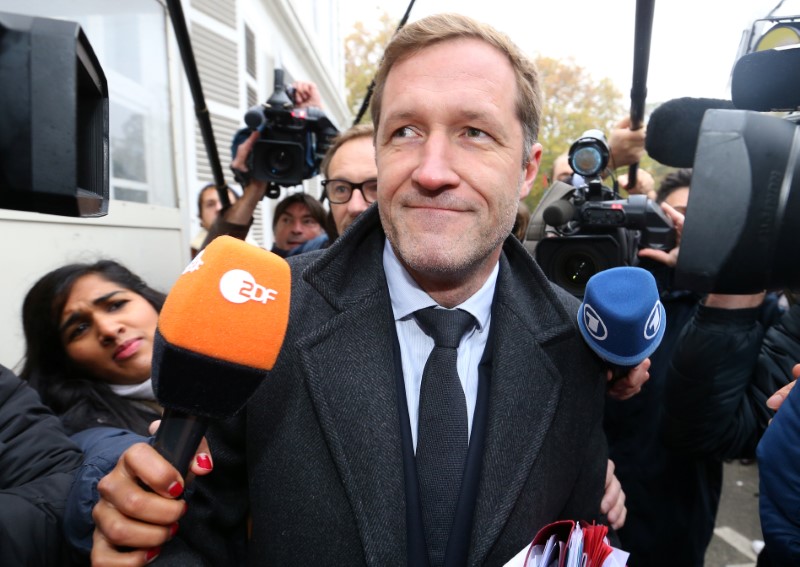 The Belgian government reached an agreement Thursday to support the free trade deal, called CETA, between the European Union and Canada following seven years of negotiations.

The Canadian government expressed its support to see a deal reached but was also quick to point out that a lot of work still needs to be done.

“This is a positive development, but there is still work to do. There remain additional steps before signing,” Alex Lawrence, a spokesman for International Trade Minister Chrystia Freeland, said in an email statement to the media.

“Canada has done its job. We negotiated a progressive agreement that will create jobs and growth for the middle class. Canada remains ready to sign this important agreement when Europe is ready,” the statement said.

Early Thursday morning, Belgian Prime Minister Charles Michel announced that after days of negotiations, the Wallonia local government and Brussels had reached a deal, which he says will provide guarantees for farmers and a corporate dispute settlement system that allow Belgium to sign the deal.

Belgian agreement on #CETA . All parliaments are now able to approve by tomorrow at midnight. Important step for EU and Canada

Furthermore, a Belgian deal would still have to be approved by the other 27 EU members.

EU President Donald Tusk said he would contact Trudeau once every prerequisite has been met for the European Union to sign the Comprehensive Economic and Trade Agreement.

I am glad for good news from PM @CharlesMichel. Only once all procedures are finalised for EU signing CETA, will I contact PM @JustinTrudeau

Under the agreement, 98 per cent of tariffs between the EU and Canada would be eliminated.

EU exporters would save an estimated €500 million in duties annually, and Canadians will be able to export goods into a market of half a billion people strong.

The deal was reached on the same day Prime Minister Justin Trudeau was supposed to be in Brussels to officially sign it. However, Trudeau cancelled his trip to Belgium late Wednesday night.

The PM’s move followed the news that the Belgian government had failed to make significant progress to end a crucial veto of the trade deal by the regional government for Wallonia.

Residents of Wallonia, which has a population of 3.6 million, have been extremely vocal critics of the deal saying that it gives too much leverage to large multinational corporations and it does not provide enough protection to farmers facing stiff new competition from Canadian imports.

In addition, a joint Canada-EU study, which supports the deal, concluded that the agreement could boost Canada’s income by $12 billion annualy and bilateral trade by 20 per cent.

In other words, this is the economic equivalent of adding $1,000 to the average Canadian family’s income or almost 80,000 new jobs to the Canadian economy.

CETA can be officially signed by Trudeau and the EU as soon as Friday.