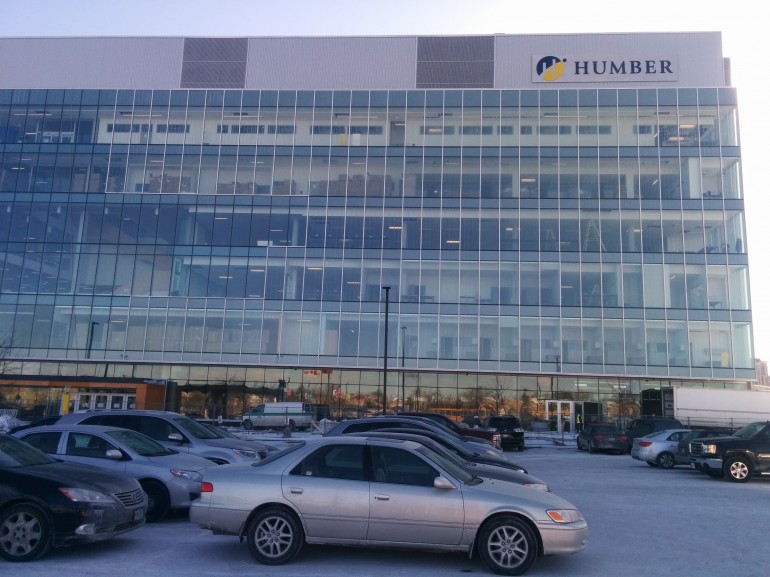 An anti-abortion campaign held by an outside group left some students at Humber’s North Campus feeling uncomfortable.

The campaign was held by the Canadian Centre for Bio-Ethicalreform on Wednesday in front of Java Jazz, a popular cafe for Humber students and staff.

The main concerns from the event stemmed from some of the graphic images the group displayed.

“It was shocking … I got kind of scared looking at, and I think other people did too,” said Bontiago.

Andrew Leopold, Director of Communications at Humber College, told Humber News that students were given letters through the school’s website and social media to notify them about the display.

“The letter came out as CCBR arrived on campus,” said Leopold. “We considered a number of options … it was a fair balance to what we could do.”

Leopold said the images displayed were graphic to some, but Humber was very limited in what it could do to prevent the group from showing the images.

“The images the group showed yesterday, I think certainly fall into the category of disturbing or upsetting to some,” Leopold said.

Humber does review groups coming onto the campus on a case by case basis, he said.

“It would depend on who the group is, what the group is doing and we would have to look at it carefully against legal opinion, [and] our core values.”

Ejsi Osmani, a business management student at the school, told Humber News that she thinks it’s unfair for campaigns to preach their message when it comes to people’s personal lives.

“It’s my decision, it’s not anyone else’s decision,” said Osmani. “You don’t know where I’m coming from.”

Leopold said the school intends on holding a meeting with the group to provide feedback.

“We anticipate that the CCBR will want to come back to Humber at some point this year. We will engage in a feedback session from their visit on Oct. 12 and discuss any potential future visits the group may desire.”