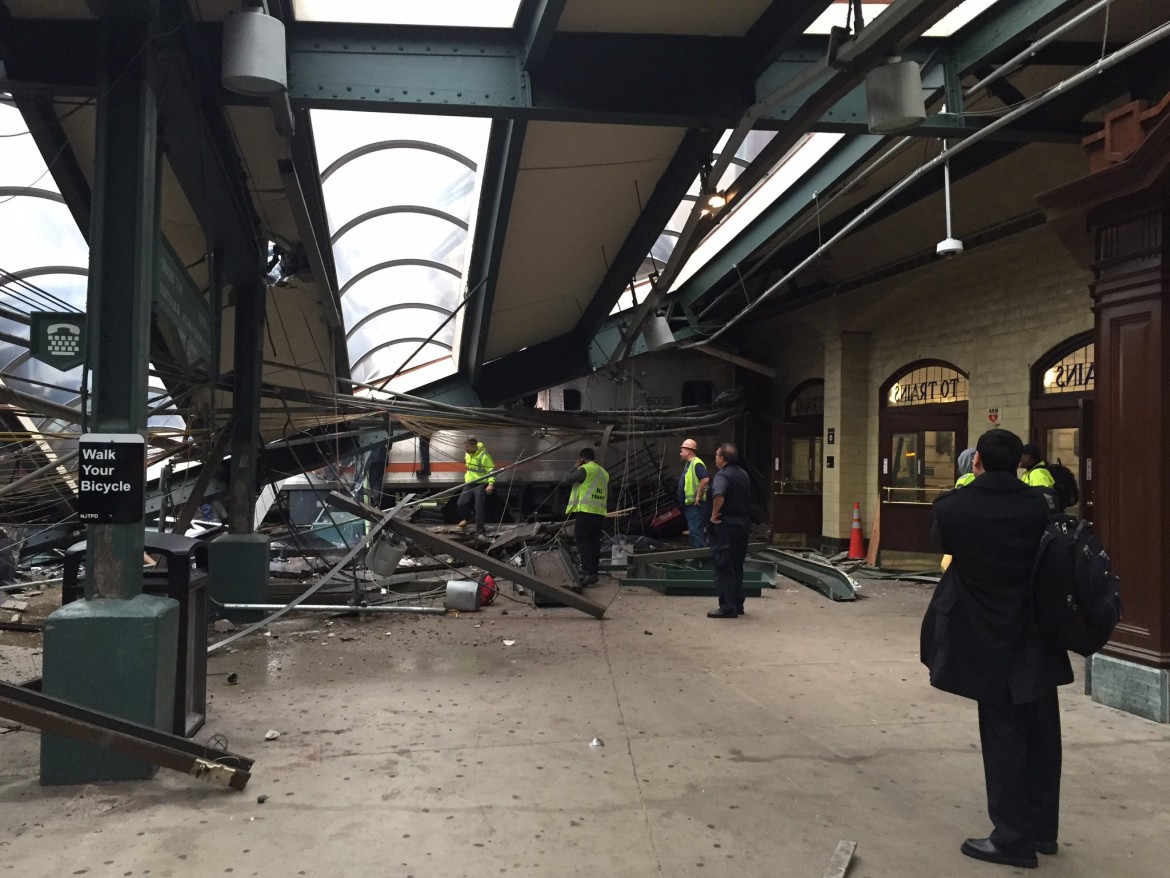 One person is dead and 108 others are injured after a train crashed into a rail station Thursday morning in Hoboken, N.J.

The train didn’t slow, but there is “no indication that this is anything other than a tragic accident,” said New Jersey Gov. Chris Christie.

Christie said everyone who was trapped in the rubble has been rescued and taken to local hospitals.

He said there’s no reason to believe there will be any more deaths, despite early reports that three people had been killed.

People were trapped after the train collided with a bumper block, went airborne and crashed through a passenger concourse at 8:45 a.m. ET.

Photos on social media show the station with part of its roof collapsed.

New Jersey Transit spokeswoman Jennifer Nelson said about 250 passengers are usually on board the train around this time.

Nelson also said officials are still trying to determine the cause of the crash.

Rail service was suspended in and out of Hoboken.

The Hoboken station is used by commuters who transfer from the NJ Transit system to the PATH system, which travels into Manhattan.