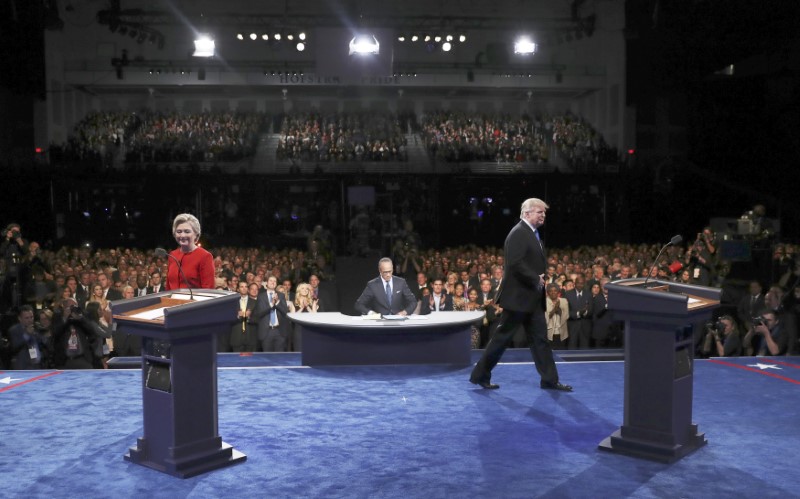 By: Katherine Aylesworth and Lindsay Wadden

Hillary Clinton and Donald Trump went head to head last night at Hofstra University, New York. As predicted, it was quite the showdown and Humber News hit the hallways to learn what students thought of the event. Two more debates will be taking place before the final election on Nov. 8.

Humber News polled dozens of students about Monday night’s debate, and while there was an even split in terms of who did or didn’t watch, the ones who did relied on new media in order to see it.

The majority of students who did watch the debate said they used an HDMI chord to connect a live stream to their television.

Facebook and Twitter were also primary resources used to watch, several of those polled saying they watched through social media apps on their mobile devices. Also, they kept up to date with live fact checking through Twitter.

The polarizing moment of the evening was Trump’s comments on “stop and frisk,” according to poll results. Many felt uncomfortable with the Republican nominee’s assertion that the old policing technique was still effective.