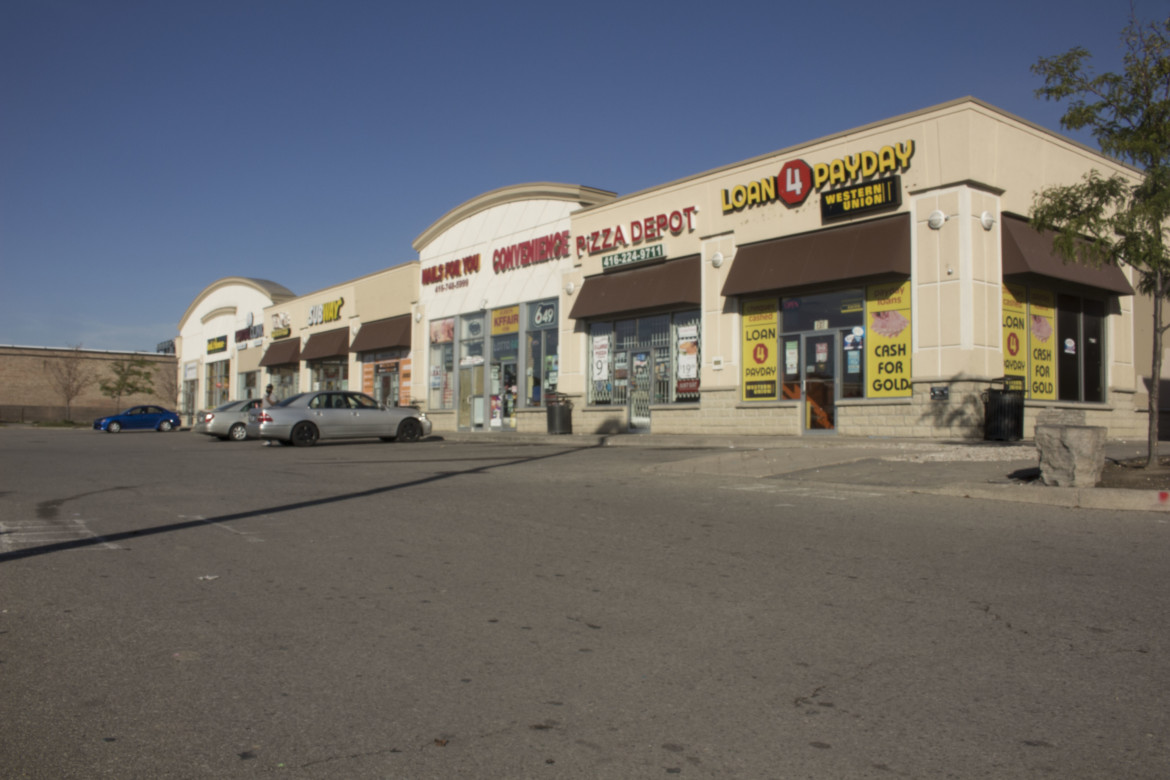 A Crimson foot print is the only remanence of the bloody stabbing the took place last night at a Plaza located at the corner of Albion and Finch Avenue. (Chris Besik

A bloody footprint is all that remains from last night’s gory stabbing. The violent attack has left security and safety on the minds of many in the community around Humber College’s North campus.

“The Rexdale area has a bit of a reputation for being a bit of a bad area. We have not seen that kind of activity on campus,” said Rob Kilfoyle head of Public Safety at the North campus.

A teenage boy is still in the hospital following  last night’s stabbing at a plaza near Finch Avenue and Albion Road, sources told Humber News on Tuesday.

The boy, who is in his late teens, was taken to Sunnybrook Hospital. He is listed in stable condition and is expected to recover.

The scene was calm the morning after a gruesome stabbing at a plaza located at the corner of Albion and Finch avenue.
(Chris Besik)

“Six out of the seven days of the week cops frequent this plaza,” said Yashpal Dhaliwal, CEO of  the HD group of Companies, a store located in the plaza. “And the police station is down the street in walking distance from here.”

Toronto Police 23 Division told CP24’s Cam Woolley that the stabbing took place in front of the Pizza Depot in the plaza. Police are looking for two men and one female in relation to the stabbing.

This is the second time within two weeks a stabbing occurred in the area. On Sept. 17 Toronto Paramedics reported a man in his 20s was seriously stabbed multiple times when an altercation broke out involving close to 20 people.

“You start to get used to it,” Dhaliwal told Humber News.

“We are concerned about any violent crime that happens in the area, we are not aware at this point if the person had any connection to Humber college,” said Kilfoyle. “A name has not been released by police so we don’t know if they are connected but obviously we’d be concerned about that if they were.”

“We patrol those areas to try to provide a higher level of safety and security for students,” said Kilfoyle.

“That’s something that we do and that’s not common, that’s an additional security measure that we put in place during academic terms.”