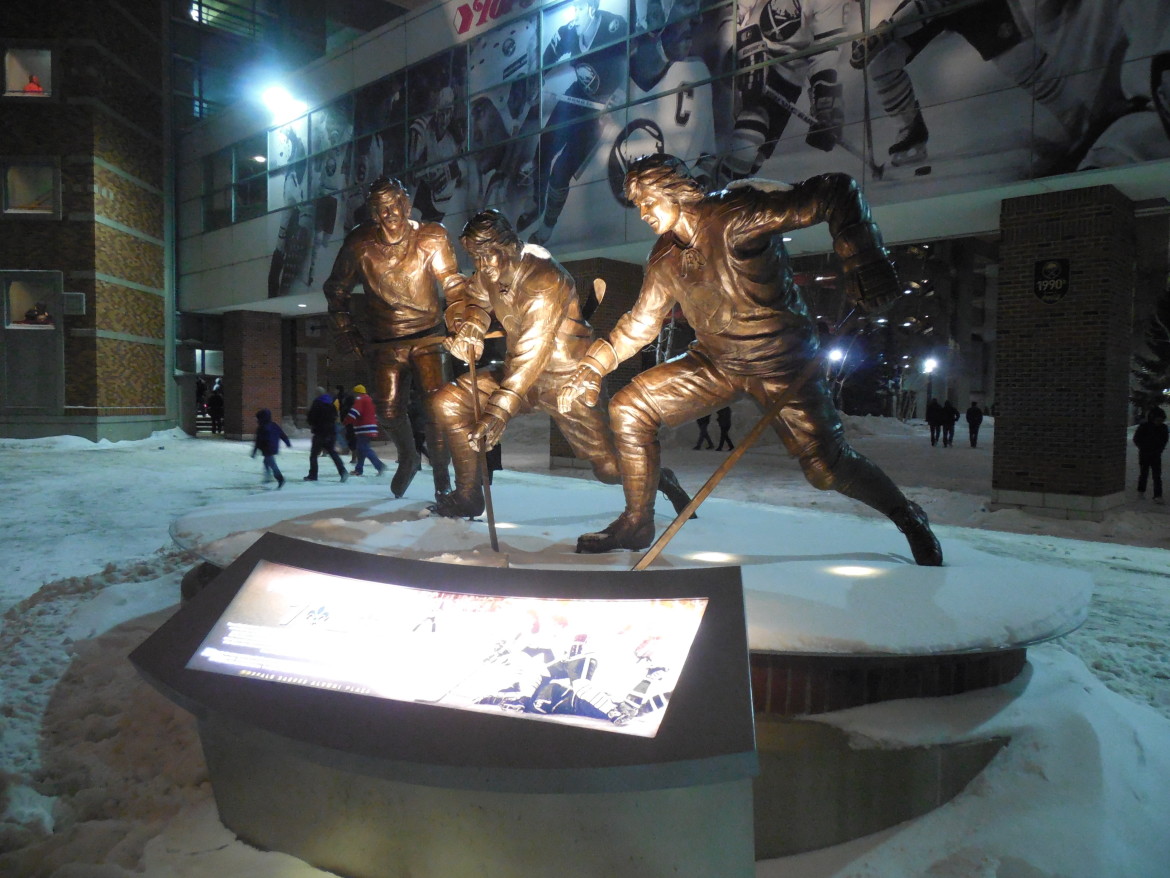 With the conclusion of the Draft Lottery on Saturday night the field is getting set to make its picks on June 24.

With all seven Canadian teams in the running for the number one pick for the first time in the lottery’s history, all eyes were on National Hockey League Deputy Commissioner Bill Daly, as he read the draft order.

The rules of the draft have been reformed over the past few seasons to take away a team’s incentive to “tank”, that is to lose on purpose with the goal of receiving the highest pick. The changes have evened the odds making it more likely that teams better than the bottom three in the league have a chance at a top-three pick.

The reforms were working as sixth-worst team in the league Winnipeg moved up three spots to take the number three pick away from the Vancouver Canucks, while the Columbus Bluejackets moved up two spots to snag the second pick from the Edmonton Oilers.

The Toronto Maple Leafs, the league’s worst team for much of the year, managed to hang on to the number one pick after finishing last in the league for the first time since the 1984-85 season.

With the Lottery in the rear view mirror, it’s time to start assessing where the top five picks will go.

“I don’t see a scenario where Laine takes over for Matthews.” -Ryan Kennedy

Winning the Lottery has it’s caveats, and the Leafs have a few very tough decisions in front of them. Auston Matthews is the consensus to go number one.

Matthews missed being drafted last year because he was born two days late, and has been playing in the Swiss men’s league this year in preparation for the jump to the NHL next season.

The 6’2, centre weighing in at 194 pounds has the makings of a franchise cornerstone, something that has proven elusive to the Leafs over the years.

His competition for the number one spot is Finnish phenom Patrik Laine. The 6’4 winger has been in the top-three projections of this draft for the whole season but with his stellar play in the Finnish Elite league as well as contributions to the national team at the World Junior’s have skyrocketed his value.

Ryan Kennedy, associate senior writer and draft/prospect expert at The Hockey News doesn’t think Laine will supplant Matthews atop the board. “I don’t see a scenario where Laine takes over for Matthews,” he said. ” Number one centres are just so much more valuable than wingers.”

Kennedy spoke to Humber News before the Lottery on Saturday night and did mention that depending on the order of the teams picking, things could change.

The Maple Leafs have two blue chip centremen in the minor leagues right now in William Nylander and Mitch Marner respectively, and maybe this could bring the team’s brass to move on Laine and leave Matthews for the Jets at number two.

The Winnipeg Jets are in an enviable situation as they get to wait and see what the Leafs decide to do then make a relatively easy decision based on what happens.

If the Leafs take Matthews, the Jets take Laine and hope for a repeat of the last time a young Fin entered the NHL through Manitoba.

If the Leafs decided to go for the powerful winger however, Winnipeg takes Matthews and moves forward with a core piece in what could become a championship calibre team quickly.

With the top two set in stone, let’s take a look at the other three picks wrapping up the top five.

The number three and four picks are likely to be two stellar wingers, Matthew Tkachuk and Jesse Puljujarvi. Tkachuk is the son of former NHL player Keith Tkachuk, who played in the league for 18 years. Puljujarvi is the compatriot and linemate of Laine on the Finnish national team.

Both of these players solidified their high-end draft position with their performances at this past World Junior Championship. Both players scored double-digit point totals in only seven games each, and Puljujarvi helped his country win the tournament on home-ice.

According to Kennedy at The Hockey News all four of the top picks are NHL-ready, along with Pierre-Luc Dubois.

While he is only 17, Dubois is thought to be the only other NHL-ready prospect in this year’s draft. He is a big boy weighing in at over 200lbs and already 6’2, the team that drafts Dubois will be hoping for one last growth spurt.

The other possibility for a forward at number five is Alex Nylander, the younger brother of Maple Leaf William. Playing for the Mississauga Steelheads this past season, the 18-year-old winger tallied 28 goals, and 75 points in 57 games played.

While he may not be NHL ready, a quick look at his brother’s development and one sees why a team may decide to take him fifth.

The Vancouver Canucks hold the fifth pick and the team has a variety of needs. Dubois or Nylander could be the right choice for the Canucks if they deem him too good to pass on even though defense is an area of pressing concern for the team.

According to puckalytics.com, Vancouver allowed the seventh most goals in even strength situations this year, and three of their current defensemen are headed to free agency this summer according to generalfanager.com.

This illustrates the need for defense for the Canucks, and why they might pass on Dubois to take one of three highly touted D-men.

According to Kennedy, Olli Juolevi, Jakob Chychrun or Mikhail Sergachev are the best bets for defenseman to take fifth.

Juolevi is a Finnish product that just finished his first season in North America with the London Knights of the Ontario Hockey League(OHL). The 6’2, 183 pound defenseman finished a +38 on the season, adding 33 assists and 42 points in 57 games.

Chychrun just finished his second season as an alternate captain with the Sarnia Sting of the OHL. A great two-way defenseman, Chychrun was thought to be a top-three pick at the beginning of the season but has fallen since. The 18-year-old has shown a consistent game posting 33 points in 42 games in the 2014-15 season, and 49 points in 62 games this past season.

Sergachev also just finished his first year in North America playing for the Windsor Spitfires posting a +15 while scoring 17 goals and 57 points in 67 games. According eliteprospects.com Sergachev is a great skater and two-way defenseman with the ability to put the puck in the net.

All-in-all, this year’s draft class looks to make a dramatic impact on the NHL next season.

Will Matthews become a Leaf? Will Laine rejuvenate Winnipeg’s love of a flying Fin? Will Dubois or Nylander crack the top-five?

Only time will tell.