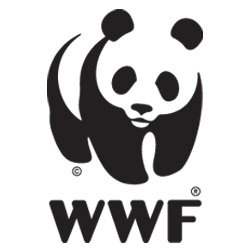 Poeple can take a climb up the CN Tower this weekend to support the World Wildlife Fund raise money for wildlife protection.

WWF, which is hosting the 26th annual CN Tower climb, has teamed up with the Green Living Show’s 10th anniversary show to bring the message of sustainability this spring weekend.

The Green Living Show’s vice president of client services, Robert Orlovski, told Humber News he’s excited the events have finally worked out to be on the same weekend.

“Throughout the years the CN Tower climb had been very close to the weeks of the show but had never really aligned,” Orlovski said. “You could call it the stars aligning this year.”

The WWF has joined with the show to give free admission into the Green Living Show, which is held at nearby Metro Toronto Convention Centre, for all climbers this year.

“By teaming up together we’re really able to bring the conversation to turn the volume up on sustainability and health.” -Robert Orlovski

Over 5,000 people will climb the CN Tower this weekend, with the aim of raising $1.3 million, WWF told Humber News.

“Funds raised from the CN Tower climb go toward WWF’s conservation efforts across the country and around the world where we are working with local communities to protect nature and wildlife,” a WWF spokesperson told Humber News.

Participants are advised to register to ensure a spot is saved for Saturday or Sunday’s climb. While the fastest climb is recorded at seven minutes 52 seconds, the average person takes between 30 and 40 minutes to climb all 1,776 steps.

“People climb for a number of reasons. The often want to challenge themselves by either climbing for the first time or by beating previous climb times,” WWF spokesperson said. “They also want to support WWF’s conservation work.”

Orlovski told Humber News on Thursday the show is busy preparing for the opening day Friday.

“By teaming up together we’re really able to bring the conversation to turn the volume up on sustainability and health and how [they’re] connected and how a healthier you leads to a healthier planet,” he said.