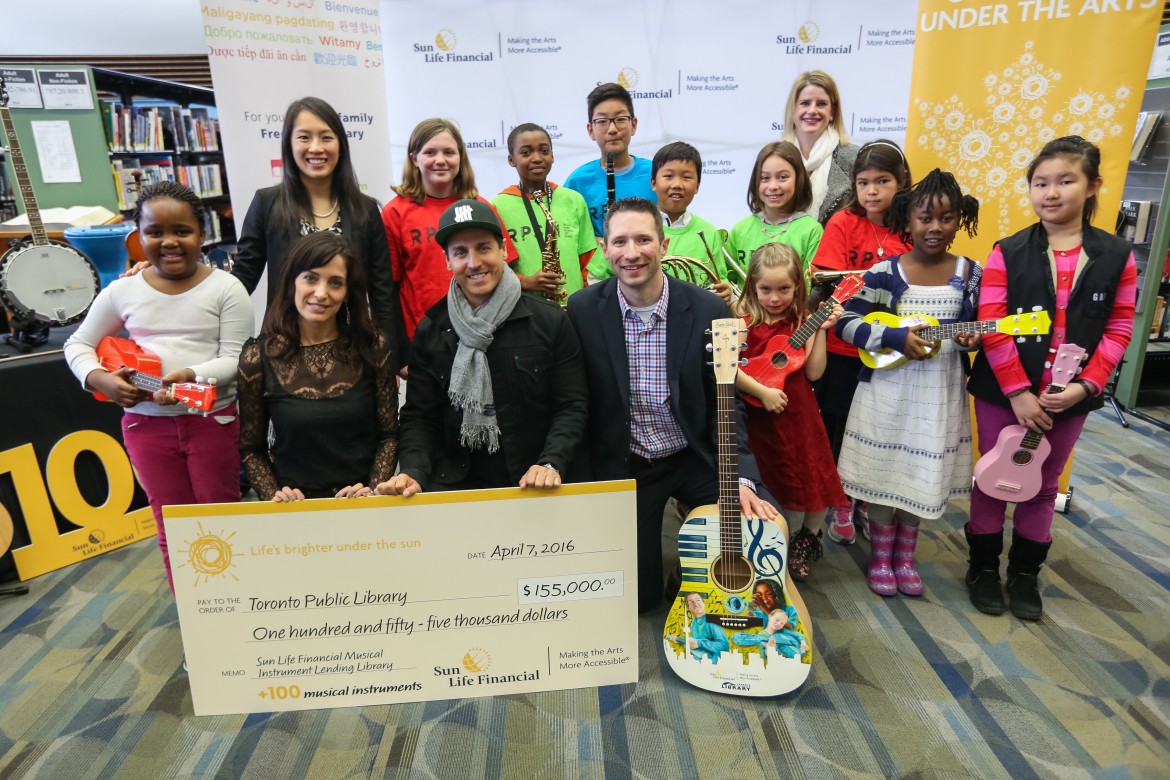 Books aren’t the only thing that you can get from the library now.

The Parkdale branch is the first location in Toronto offering instruments to the public.

“We might expand those services to more locations later,” Michelle Leung, TPL Communications Officer  told Humber News. “But for now Parkdale is the only location.”

Leung also said that TPL is looking for more instruments, and is encouraging the public to donate gently used musical instruments to the library.

“We got the idea to create musical Instrument library about a year and a half ago,” Gannon Loftus, Media and PR manager for Sun Life Financial told Humber News. “It is not only the first musical instrument library in Toronto, but the first in Canada.”

“And this is a national program,” Loftus said. “We are looking to extend it to other cities, but we didn’t decide to which ones we will go next yet.”

This initiative is helping to break down barriers by providing music lovers access to instruments, for which they may not otherwise have the means.