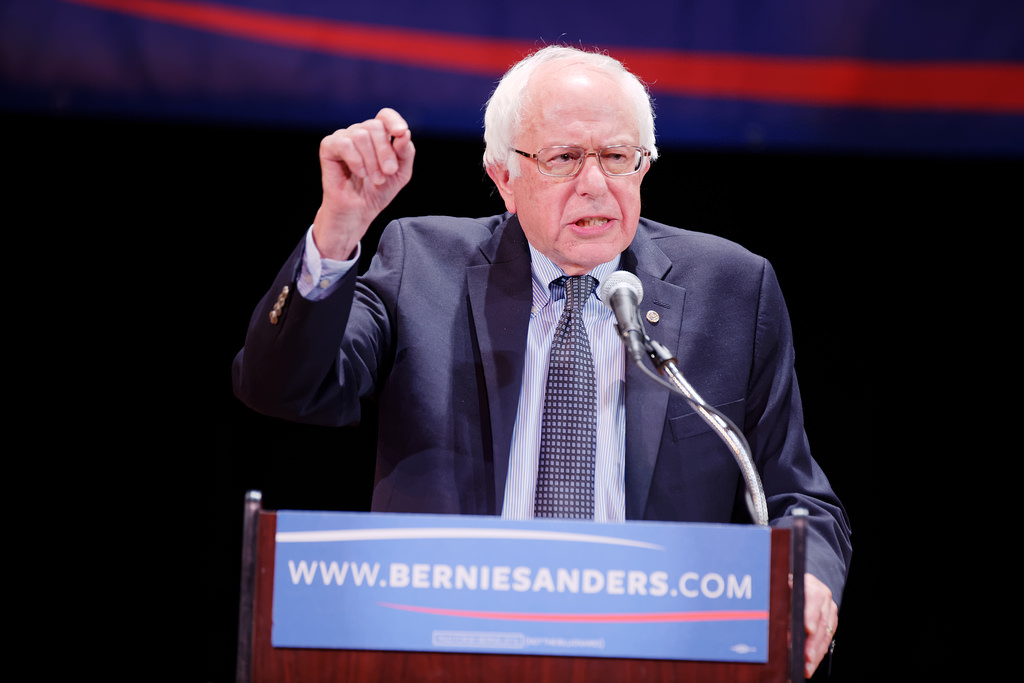 A recent report on media coverage of the U.S primaries has revealed a disparity in the attention given to the presidential candidates in both mainstream print and broadcast outlets.

This gap in coverage has some media analysts questioning whether mainstream media is feeling ‘the Bern.’

Despite landslide victories in Hawaii, Washington and Alaska for Bernie Sanders, the numbers show the dominant narrative has settled on media frontrunners Hilary Clinton and Donald Trump.

According to the Tyndall Report, the 2016 U.S. elections have garnered 857 minutes of combined airtime.

The Tyndall Report analyzes and extracts data on the amount of airtime various news programs on NBC, CBS and ABC dedicate to certain stories.

The latest data suggests that within this combined airtime Donald Trump received 234 minutes, Hilary Clinton had a total of 113 minutes and Bernie Sanders trailed them both with only ten minutes of airtime through to Nov. 30.

“The media has basically provided a forum for Trump to speak unopposed on any issue he wants to,” said Amy Goodman, founder of alternative media outlet, Democracy Now!

“The media has had an obvious role in creating what Donald Trump is now,” said John Iadarola, a host of alternative media outlet The Young Turks (TYT).

He added that the media’s comparison between Trump and Sanders is at times “malicious.”

Goodman and Iadarola agree that although the realm of broadcast news has largely been negligent in reporting on Sanders’ campaign, print media has taken it a step further.

From Newsweek which published the headline, “He won’t win, so why is Bernie Sanders running?” to the LA Times which printed, ““Bernie Sanders: Why the guy who won’t win matters,” delegitimizing rhetoric has pervaded the pages of newspapers and magazines across the U.S.

The emergence of new and alternative media is important now, more than ever before, Iadarola said.

The mainstream media’s coverage has not been responsible, Goodman told Humber News.

“The media are using the public airways and they have the responsibility to bring out the voices of people across the political spectrum,” she said.

Part of the issue with the skewed primary coverage is the U.S. media’s reliance on polls but the polls are often wrong, Goodman said.

“As we see with Bernie Sanders when he shocks the corporate media every time he wins a caucus. And yet they continue to rely on these faulty polls. We have a system where money is drowning politics and that all has to change,” she said.

“The reason the corporate media doesn’t challenge this is because they are making money off of this. Most of the money candidates raise is for ad time.”

Amy Goodman will be making an appearance at the Canadian Journalism Foundation with David Walmsley, the Editor-in-Chief of the Globe and Mail on Thurs., May 19 from 6 p.m. to 8:30 p.m. for the Democracy Now! 20th anniversary “Silenced Majority” speaking tour.