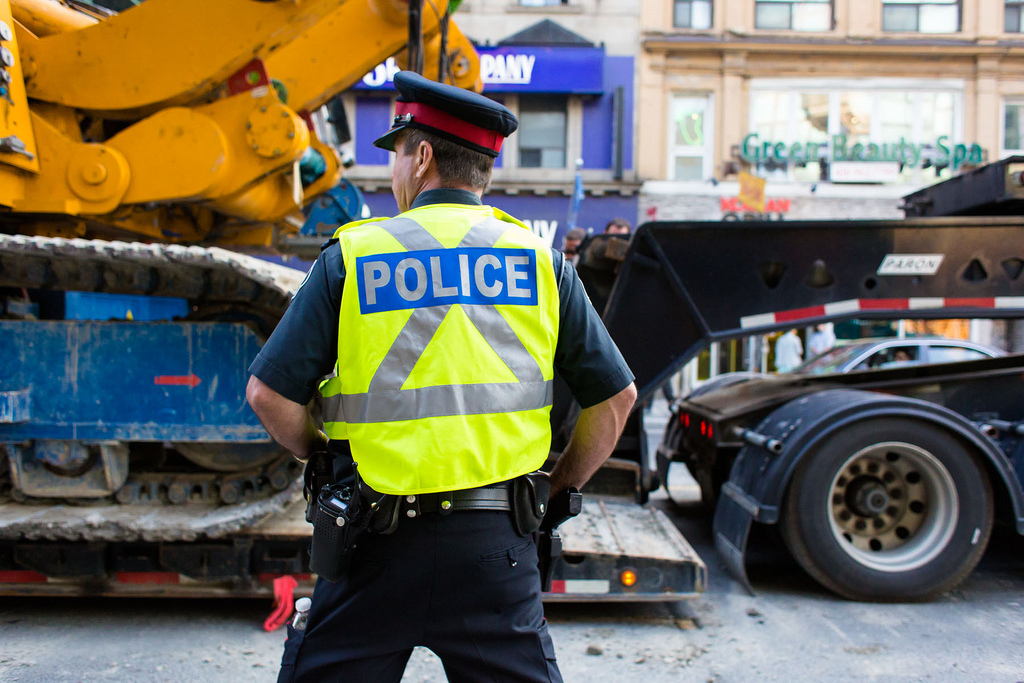 The kernel of the debate is an ongoing conversation about the role of paid-duty police officers, who are employed not only for traffic but also by the private sector for construction projects and the like.

Some feel that the officers, who cost $68 per hour, are using up taxpayer dollars that could be put to better, more constructive use.

“[The price of paid-duty police officers] impacts the film industry and the music industry, and it overall makes it more expensive to do business in Toronto,” said Jaye Robinson, City Councillor for Ward 25.

Robinson told Humber News that bringing the issue of paid-duty cops to city council for them to take action has taken an inordinately long time, “nearly forever,” in her own words.

“It’s long overdue, the people have been dragging their heels on this,” said Robinson.

Robinson proposes that the paid-duty officers currently employed on traffic can be replaced by special officers that would need to be trained but would ultimately be more cost-efficient than using paid-duty cops.

Such a motion would require the provincial government to act to change traffic and construction site policy.

However, the Toronto Police argue that the paid-duty positions are useful for risk-management roles.

“[The officers] are doing this on their own time…and they’re not just doing this for no reason at all,” said Toronto Police spokesperson Mark Pugash.

In defense, Robinson cites that Vancouver implemented special officers to traffic positions in 2009 and has saved money ever since.

City council plans to pass a concrete motion sometime in May.