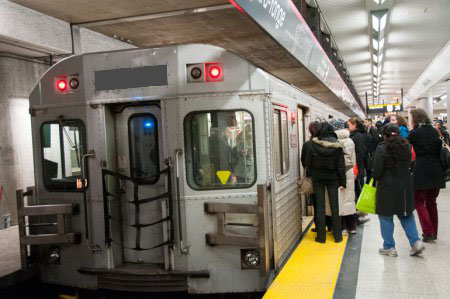 A 54-year-old man has been arrested and charged after allegedly calling in two separate bomb threats over the weekend.

The man allegedly called the TTC last Friday, making a bomb threat at either York Mills or Eglinton subway stations. On Sunday, he allegedly made another threat directed specifically at York Mills.

“Really what they were are threats. There’s no credibility to them. –Brad Ross

Though the police believed the public was not in danger, the man was charged with endangering life. In a phone interview with Humber News on Tuesday, Sidhu was able to clarify the charge.

“He did put out a threat, so he’s charged with the threat. But could he possibly carry out the threat? He does not have the capacity to do so,” she said.

Brad Ross, executive director of corporate communications for the TTC, said although transit officials take threats seriously they do not make a statement about the threats at least in part to avoid encouraging copycats.

“We do take them very seriously – we have to.”

Ross said there’s a protocol in place for when these types of issues arise. If need be, TTC officials suspend service for police to check areas in question and broadcast the commonly used announcement that begins with the phrase, “Due to a police investigation…”

“There are many police investigations that do occur for a variety of reasons; whether it’s a suspicious package, or an unattended package for example – which are almost always benign,” said Ross.

Ross said the TTC encourages customers and staff to be vigilant.