Doctor and pharmacist among arrests made in fentanyl trafficking ring 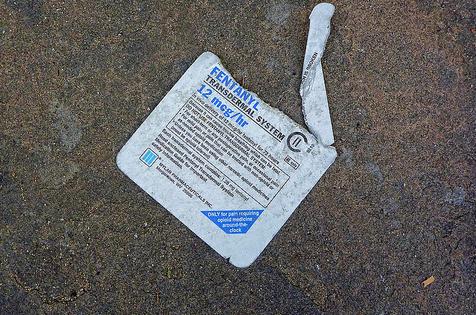 In coordination with the Greater Sudbury Police, seven people were arrested and charged with trafficking a controlled substance, possession for the purpose of trafficking, and conspiracy to commit, said a York Regional Police in a news release.

The six-month long investigation began last October, which traced fentanyl patches being illegally obtained and transported to the Greater Sudbury area to be sold.

The fentanyl patches were being sold at street value of approximately $400-$500 per patch.

York Regional Police urge citizens to be cautious as the prevalence of the drug on the streets is of great concern.

“Fentanyl is an opioid-based pain killer roughly 100 times stronger than morphine. Recreational drug users who cut or manipulate a fentanyl patch and ingest, inject or smoke a gel form of the drug should be aware that a fatal overdose can occur. Fentanyl is extremely potent and once a patch is altered there is no way of determining the concentration of the substance,” the press release said.

A report released by the Canadian Centre on Substance Abuse in August 2015 documented 466 accidental or undetermined fentanyl-implicated deaths in Ontario.

It is not unusual that a doctor or a pharmacist are implicated in these types of crimes, Jeffrey Ross of the Toronto Police Drug Squad told Humber news.

“Specifically when we are talking about fentanyl in most circumstances in Ontario it is being diverted from a legitimate source,” said Ross.

“It’s been indicated in a number of increase in overdoses… that concerns us all,” said Ross.

He added that in terms of drug trafficking and overdoses, the Toronto police have much bigger problems.

“[Fentanyl] this is one we see quite little of in regards to some of the other bigger more prevalent drugs such as marijuana, cocaine, and methamphetamine,” Ross said.

Not only do the Toronto Police work to combat these drugs on the streets, but Programs out of Ontario Public Health, such as the Needle Exchange Program, fight possible overdoses with other drugs.

The drug naloxone prevents overdoses by reversing the effects opioids.

“It’s what paramedics use, its what physicians use in an operation with someone if they are bringing them out after anesthetic,” Shaun Hopkins, the Manager of Needle Exchange Program told Humber news.

The Toronto Public health clinic on Victoria Street downtown Toronto is the only place in the city that dispenses naloxone, but Hopkins says anyone using opioids should have a naloxone kit just in case.

“They should train their family and friends and themselves incase they overdose,” said Hopkins.

She also says the needle exchange program sees people who do not have a prescription, but have purchased the drug on the streets or some other way.

“Fentanyl is a very potent opioid. It’s possible to overdose.”

She says programs are in place to increase availability of naloxone to reduce risks of overdose to anyone using the drug.

With all drug investigations, Ross says the police must continue vigorously pursuing and identifying those who distribute these drugs for profit.