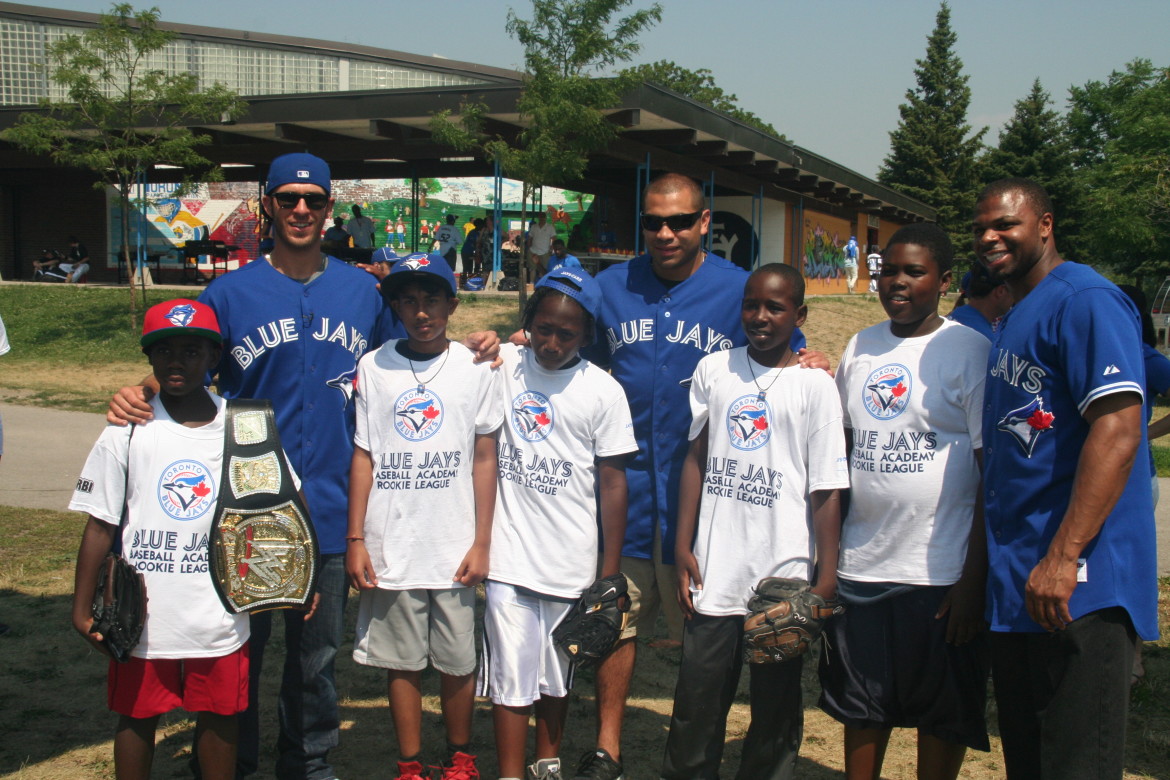 The provincial government has partnered with the Jays Care Foundation to make it easier for fans to buy 50/50 tickets and support charitable revenues, Ontario Minister of Finances Charles Sousa announced at the press conference at Rogers Centre Thursday.

At the Blue Jays home opener tomorrow the Ontario Lottery and Gaming Corporation will launche the use of electronic devices for 50/50 raffles.

According to the statement, modernizing 50/50 draws will help to raise more funds.

The project was started by OLG in October 2014, Kelsey Ingram and Scott Blodgett of the Ontario Ministry of Finance told Humber News.

“The pilot program has been successful in reaching its objectives: increasing revenues to charities and providing exciting raffles to customers in a secure and accountable manner,” they said in an email.

“Introducing electronic 50/50 draws will help raise more money for youth to benefit from the key programs Jays Care supports in Ontario and across Canada,” Charles Sousa, a minister o finance said in the press-release.

Humber News contacted the Blue jays foundation to figure out how changing the way of selling tickets can increase sales.

“Jays are using 50/50 drafts to raise funds for their children charities,” Robert Witchel, an executive director of Jays Care Foundation told Humber news in an interview.

“The difference is that before we just used paper tickets and after the game we had to take all revenues upstairs for counting. Now we would have an ability to count it automatically and display the results throughout the stadium. And the excitement of the ball game will encourage more people to participate,” said Witchel.

The Toronto Maple Leafs, Toronto Marlies, Toronto Raptors and Ottawa Senators all use electronic 50/50 draw devices, and have reported an increase in sales by an average 41 per cent, a press-release says.

“We are really fortunate to (have) a major league baseball team. We are working in every province of the country today and we helped 60,000 children last year alone,” said Witchel.

According to the press release, full delivery of 50/50 electronic raffles across ontario could generate more than 10 million in additional ticket revenues