Bieber accused of cultural appropriation because of new hairstyle 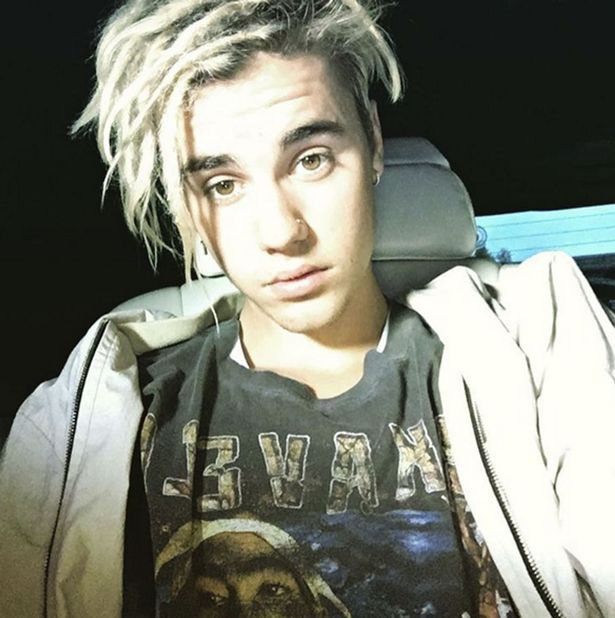 Justin Bieber has stirred up controversy after sharing photos on social media of his new blonde dreadlocks.

Bieber shared the above image to Instagram on Sunday and Twitter users voiced their opinions on his new style – and the cultural appropriation that some say goes with it.

Bieber doesn’t agree with social media users’ dreadful opinions on his new look.
Backstage at the iHeart Radio Music Awards, he reportedly told rapper Big Sean “[People say] you wanna be black and all that stuff. I’m like ‘its just my hair.’

Karen Wallington is a licensed hairstylist who has been dreading hair for the past 18 years in Toronto. She opened her first salon in 2001 and then founded Knot Just Dreads (which has since been renamed Modlocks) in 2004, a private studio that specializes in dreadlocks.

Wallington also collaborated with Knotty Boy, a company that makes natural dreadlock care products, and wrote the Knotty Boy Dreadlock Manual that was used for the Knotty Boy Loctician Training and Education.

She has dreadlock clients from all over Canada, the U.S. and abroad and says soon she’ll be offering regular workshops to teach people how to make, maintain and repair dreadlocks professionally.

“​For me, dreadlocks represent personal expression, independence, creativity and open mindedness,” she says.

Wallington says she thinks anyone can sport a hairstyle for any reason.

“People are so hung up on what’s offensive that we’re forgetting the bigger picture: we’re all human beings who share the same planet. S​ome people choose to grow ​locks to support their spiritual, cultural or religious intentions but nobody owns the exclusive​ rights to a hairstyle,” she says.

Wallinton says she thinks Bieber’s involvement in the hip-hop community may have influenced him to sport the new style.

“Justin Bieber grew up around older black artists who inspired him and influenced him,” she says.

“His reasons for getting dreadlocks are entirely his own and I really don’t think anyone can argue that.”

Dallas Blackstone, a student at the University of Toronto,  says he originally got his dreads because he wanted a way to control his long hair and a few friends suggested he try dreading it.

Blackstone began with two dreads given to him by a couple of friends and continued this way.

Blackstone now has a full head of dreads and says every one is important to him in some way.

Blackstone says he has never been called out for cultural appropriation.

“Most people just see it as a hairstyle,” he says.

“But I know some people have been denied jobs, felt forced to cut their dreads or straighten their hair and that’s cultural assimilation,” he says.

Blackstone says he thinks Bieber’s new dreadlocks are less about cultural beliefs and more about business.

“He’s marketing himself. Its hard to say what’s fair game and what’s cultural appropriation,” he says.

“I don’t know what Bieber’s intent is. Whether it’s blatant marketing ploy or if it’s just because he likes dreadlock style but Bieber is a business,” he said.

Dallas Blackstone has been sporting dreads for about a year.

The recent rise in confrontations involving white people sporting dreads doesn’t just revolve around Bieber.
Earlier this week, a black student at San Francisco State University assaulted and accused a white student of stealing her culture because he had dreadlocks.
Kat Blaque is a Youtuber and blogger who often posts about issues revolving around diversity, culture and racism.
“See, my issue with white people with dreads and locs is NOT that they have dreads or locs. It’s the entitlement. It’s the blind dismissal of the conversation around black hair, the complete and utter lack of understanding of what it’s like to be BLACK, have dreads or have braids and be profiled as a criminal or dirty because of it,” Blaque posted on her blog.
Blaque also made a video where she talks about cultural appropriation involving dreadlocks.
Blaque also mentioned the fact many blacks have been told to cut or straighten their hair in order to keep or gain employment.
Bieber is not the first white celebrity to make a statement by wearing dreadlocks.
White Celebrities Who Sported Dreads in the Past:
Shakira
Embed from Getty Images