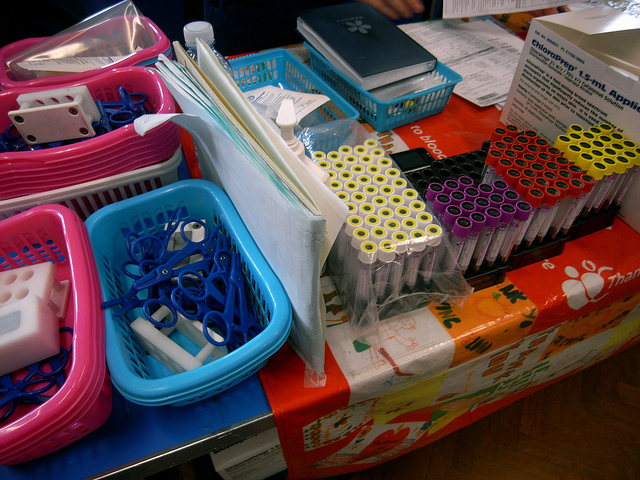 This spring health care professionals in Canada are encouraging people of all blood types to donate, especially those who are O-negative.

For Sarah Johnson, a simple blood donation saved her and her mother’s life.

When 22-year-old Johnson was born there were complications which led to an emergency C-section.

“If it weren’t for blood donations, it is very possible the doctors would not have been able to save both my mom and I,” Johnson told Humber News on Thursday.

Though the process of donating blood can be nerve racking, the donation does more than many people realize, officials told Humber News.

“Donating blood is such a small sacrifice that can have such a big impact. It takes a small part of your day to literally save someone’s life,” Johnson said.

“Every minute of everyday, someone in Canada needs blood, and often from more than one donor” – Michael Betel, Canadian Blood Services

“Consider donating blood with someone you know. One out of two people who donate for the first time bring a co-worker, a friend, or a family member.”

There are requirements and a questionnaire for donors to fill out before they give blood. Some of those questions consist of recent travels and a background healthcare follow-up.

According to Healthy Canadians, last year only one in 60 Canadians donated blood, when almost one in every two Canadians are suitable.

“O-negative blood is in popular demand by hospitals because it is the only type compatible with all other blood types,” Raffinan said.

People with O-negative blood type are highly encouraged to donate, as it’s used for the most crucial situations: patients with compromised immune systems and trauma victims.

“Every minute of everyday, someone in Canada needs blood, and often from more than one donor,” says Michael Betel, Director of donor relations for South Central Ontario Canadian Blood Services.

Betel told Humber News that less than four per cent of eligible donors sustain the blood system for all Canadians.

“Donating blood is one of the most selfless things anyone can do for a complete stranger. This is one important way we can all pay it forward.”