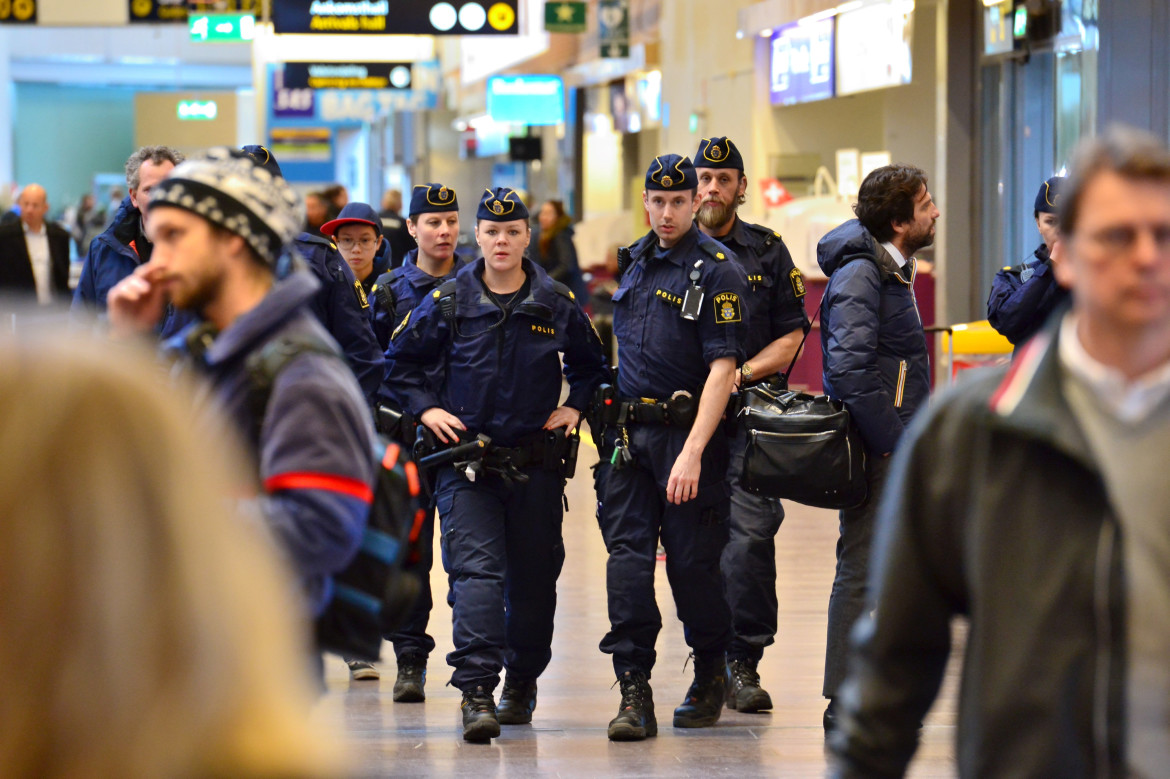 A soldier is seen at Zaventem airport after a blast occurred, in Belgium March 22, 2016. (REUTERS/Jef Versele)

Jordy van Overmeir recalls the blood smeared along the doors of the arrival hall at Zaventem airport following the explosion, which has claimed the lives of 11 people and injured 92.

The explosion at Zaventem was followed by a deadly blast at the metro station which killed 20 and injured 130 people.

The twin blasts hit Zaventem airport at 7 a.m. GMT and the metro station was targeted just one hour later. The number of dead is officially 31, with 222 people wounded. Belgium has raised its terrorism alert to the highest level. Prime Minister Charles Michel has declared three days of mourning.

The Islamic State (ISIS) has since claimed responsibility for the attacks according to a news agency affiliated with the group.

“You can stop most of them…it only takes one that makes you look like you can’t stop any,”

“I’ve seen these images on the news from Paris, London, Madrid, New York. But I’ve never seen them from my own country,” Van Overmeir told Humber News.

“[There were] policeman everywhere, there were soldiers in front of the doors,” he said.

The reasons for the attack are difficult to discern, said Kenneth Gray, Coordinator of the National Security Program at the University of New Haven.

Salah Abdeslam has been Europe’s No.1 fugitive since the Paris attacks last November.

Abdeslam evaded capture until last Friday when he was shot in the leg by a large police operation in Molenbeek.

“You can stop most of them…it only takes one that makes you look like you can’t stop any,” said Jibey Asthappan, director of the National Security program at the University of New Haven.

“It’s not a big shock that it happened but it’s stressful,” said Andrew Brown, a Press Officer at European Conservatives and Reformists Group located across the street from the metro station.

“I think because we’ve dealt with this before it’s not so much of a panic but more of a really tense situation,” said Brown.

Gray added that the city has been bracing itself since the attacks in Paris.

“Brussels has been in a state of trying to deal with the groups since the Paris attacks,” he said.

“It’s just powerlessness, you cannot influence these things– they just happen without you having any control over it,”

On his way to work at the European commission, a few streets from the metro station, Igor Celikovic noticed the emptied streets.

“It was a very weird feeling, I’m not sure if it was fear or maybe perplexity in not understanding what was going on,” Celikovic said.

“Also combined with a bit of fear once you get to work, just thinking of what else could go wrong,” Celikovic added.

Van Overmeir is safe at home but the memories are still fresh.

“There was a guy with a head wound and dust on his face. I was trying to take care of him,” van Overmeir said.

The man recalled to van Overmeir arriving at the departure hall. As the door opened the man was flung against the elevator as debris landed on his face.

Amidst “panic” and “chaos,” van Overmeir told Humber News that the crowds of people huddled in the arrival hall, strived to “take care of each other.”

“I saw people taking off their sweaters and handing them to other people,” he said.

“It is very likely we will see heightened security in all airports. Travelers are going to be scrutinized more than ever,” he said.

“I think the European nations will work together on this and the US will certainly support that cause, along with Canada, to be able to better identitify these potential terrorists,” said Asthappan.

“It’s just powerlessness, you cannot influence these things– they just happen without you having any control over it,” Celikovic said.