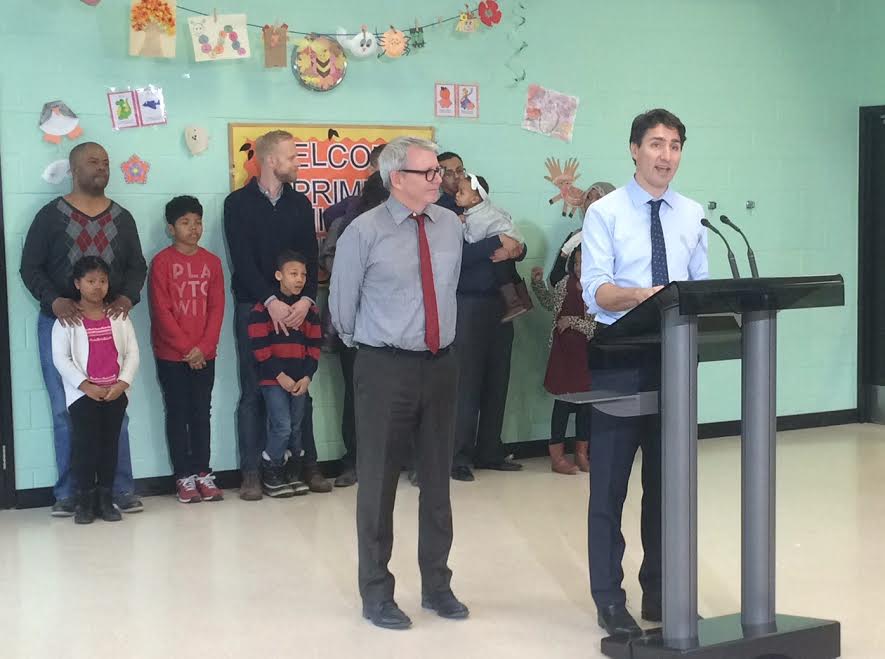 Prime Minister Justin Trudeau was asked by Humber News about student debt during a visit to Toronto on Thursday.

Humber News asked Trudeau about the progress made with post-secondary education student debt and how that will affect those currently in school.

“One of the big changes we made around post secondary education is ensuring that low income families and middle income families offer their children the capacity of having grants up front, support directly when they need it and not at tax time to be able to access and afford higher education,” Trudeau said.

“But many students who are facing real challenges around high levels of debt, we have raised the level at which repayment of student debts actually need to kick in.”

Trudeau said that graduates would not have to start paying back student loans until they are employed making at least $25,000 a year.

At the news conference, as well as student debt Trudeau discussed a wide range of topics, including Bombardier, Syrian refugees, Aboriginal community investment.

Trudeau was in Toronto promoting his government’s new federal budget.

The prime minister also met with families, including Richard and Maria Rose who were featured in one of Trudeau’s campaign ads in 2015.