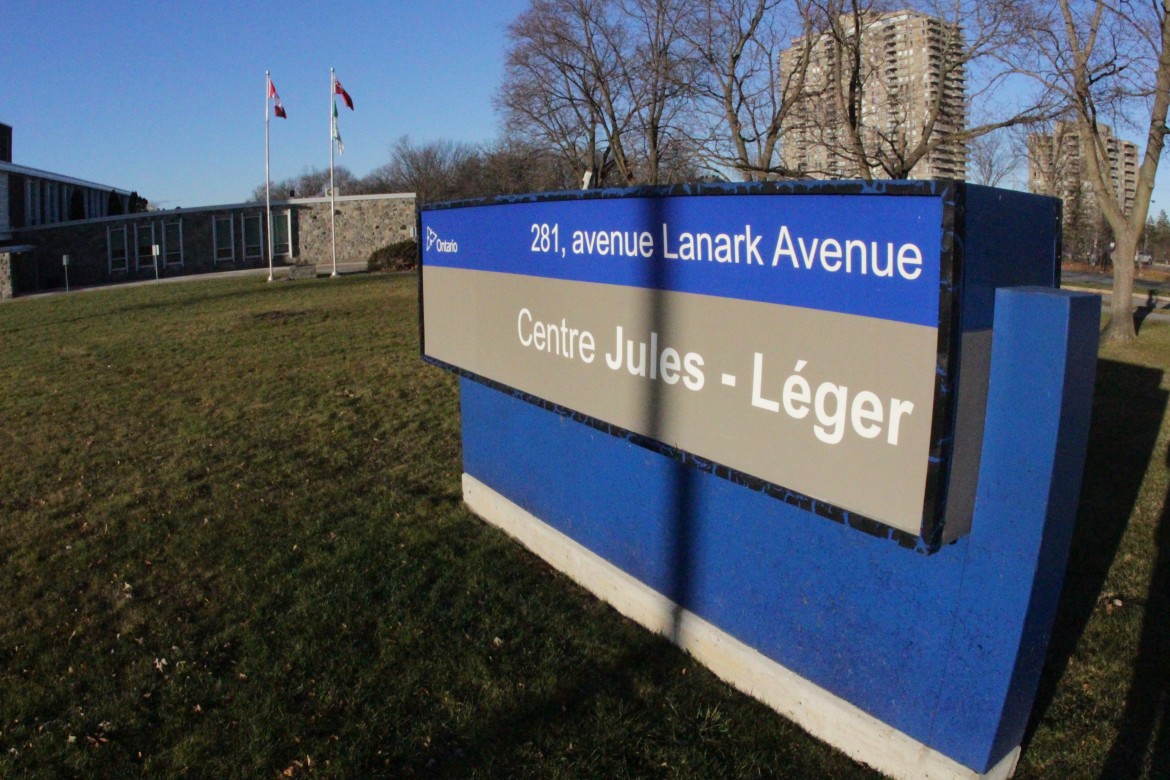 Centre Jules-Léger in Ottawa is one of five schools being looked at by the Provincial government for closure. (Credit: daveynin)

The Ontario Ministry of Education is looking into closing five schools throughout the province that serve children with severe learning disabilities.

Two weeks ago, the application process for the upcoming academic year was halted leaving parents of current and prospective students in a lurch.

Ruth Bourachot, chair of the school council at Trillium Demonstration School in Milton, says everyone was taken by surprise.

“They halted the process of applications and said ‘We’re starting a consultation process, we will have our findings in the spring sometime, and we will be looking at getting back to you by July.’”

Bourachot added, “Teachers have also not been informed about whether they have contracts next year.”

“We are committed to giving every student access to the supports they need to succeed in school and in life,” – Gary Wheeler, spokesman for the Ministry of Education

Bourachot described the routine students at the Trillium Demonstration school in Milton go through on a daily basis. It is a highly regimented system that focuses on teaching life and socialization skills as well as academic subjects. In contrast to the way these students are taught in the regular school, it’s no surprise that parents are worried about the school closing.

“Forty minutes, three times a week is what some of these kids get in assisted reading, it’s not enough,” Bourachot said.

“Half the day (at Trillium) is focused on numbers and reading.”

The difference between the regular public schools and the specialty institutions is quite pronounced. Students with severe learning disabilities are at a real disadvantage when they are forced to work within the public school system.

While at Trillium students are alike, with similar challenges and goals, those with severe learning disabilities within the public school system are often left behind.

“They’re trying, and they’re exhausted when they get home from school every day cause they spent the whole day trying to comprehend and do this work, and every day is a failure at the start of the day,” Bourachot said.

“It’s demoralizing. It’s like trying to read and learn Russian every day and it just doesn’t stick.”

Gary Wheeler, spokesman for the Ministry of Education reaffirmed the government’s commitment to the province’s students, including those with severe learning disabilities.

“We are committed to giving every student access to the supports they need to succeed in school and in life,” Wheeler said in an e-mail response.

The Ministry has begun consulting with parents and staff at the five schools about more effective ways to move forward in dealing with the challenges the learning disabilities present.

These consultations are looked at as “lip service” by Bourachot, and she is prepared to take action against the government if need be.

“You have to go hard against the government, because they aren’t just going to listen to your feel good story and say ‘Oh that really sucks, let me fix this for you,’ they don’t care.”

Wheeler wanted to ensure people understood that no decision has been, or will be made until the end of the spring, when consultations with families and students conclude.