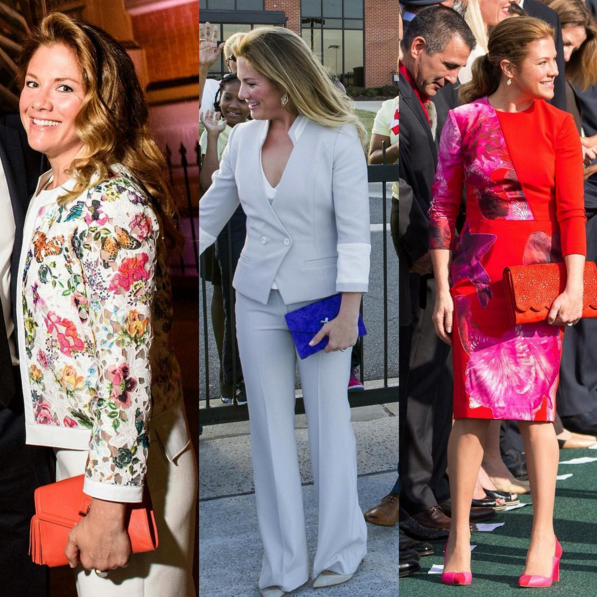 Lucian Matis, Ellie Mae, and DUY. You may not recognize each of these names, but since Sophie Grégoire-Trudeau sported pieces from the Canadian-designed and produced fashion labels in Washington earlier this week, they’re on their way to becoming household names.

Grégoire-Trudeau’s official state visit kicked off with an appearance in a custom-made DUY suit, which she was photographed wearing on arrival to Andrews Air Force Base, Md., on Wednesday.

Montreal-based designer Duy Nguyen told Humber News that he was very flattered when approached by her Toronto stylist Jessica Mulroney, and that the attention since her appearances has been swift.

“Two seconds after I saw her on TV, etalk called,” said Nguyen.

Grégoire-Trudeau’s Canadian style tour continued with two separate Ellie Mae blazers, including the heavily photographed “Yazmin” jacket that she wore to the Prime Minister’s Reception hosted by Canada 2020, as well as the “Sheila” jacket she wore the previous night to an International Women’s Day event in Canada.

Jeremy Wood-Ross, sales director of the Toronto-based contemporary womenswear label that launched in 2015, told Humber News that it was a “huge honour to see the prime minister’s wife in our designs.”

“The feeling was very surreal. We’re humbled and it’s really one of those feelings – as Ellie puts it – that feels so good, you want to put it in a box and open it on a crummy day because it’s such a good feeling,” said Wood-Ross.

But perhaps the designer getting the most buzz is the one who has been working in the Canadian fashion industry the longest. Lucian Matis, a Romanian-born Toronto-based designer immigrated to Canada in 1999, studied fashion at Ryerson University and launched his first collection in 2007 at Toronto fashion week.

Leading up to Grégoire-Trudeau’s state visit, Matis worked directly with both the prime minister’s wife and her stylist on fitting the bold purple gown she wore to the state dinner. Incidentally, her new “soulmate,” First Lady Michelle Obama, was equally patriotic in a design by Vancouver-born Jason Wu.

Matis told Humber News that Grégoire-Trudeau made sure they met in person.

“We had a long conversation about life in Canada because I’m a first-generation immigrant. She’s very down-to-earth, more beautiful than in pictures, actually, and very graceful,” Matis said.

The red and pink sheath that Grégoire-Trudeau wore to Wednesday’s official arrival ceremony was a surprise to even Matis himself.

“I had no idea. The red dress was really a last-minute add-on to a bunch of dresses that I selected for the fitting. I was taken completely by surprise – a very pleasant surprise!” said Matis.

All of the designers agree that Grégoire-Trudeau’s support of Canadian-designed and produced fashion will have a positive impact on our fashion industry.

“It’s an amazing thing that Sophie’s able to support Canadian womenswear designers and I think as we go forward, it’s just going to help us grow a little bit more as well,” said Wood-Ross.

“It felt a lot like a collaboration between Canadian designers to make Canada proud, which was a very nice feeling. It wasn’t about dressing a celebrity, it more about ‘Let’s look good in front of the world,’ ” Matis said.

“The attention is about Canada as a whole and about Canadian designers and being an example for the first lady of a country to display our work, it’s really wonderful.”