Solving a crime, one blood swab at a time 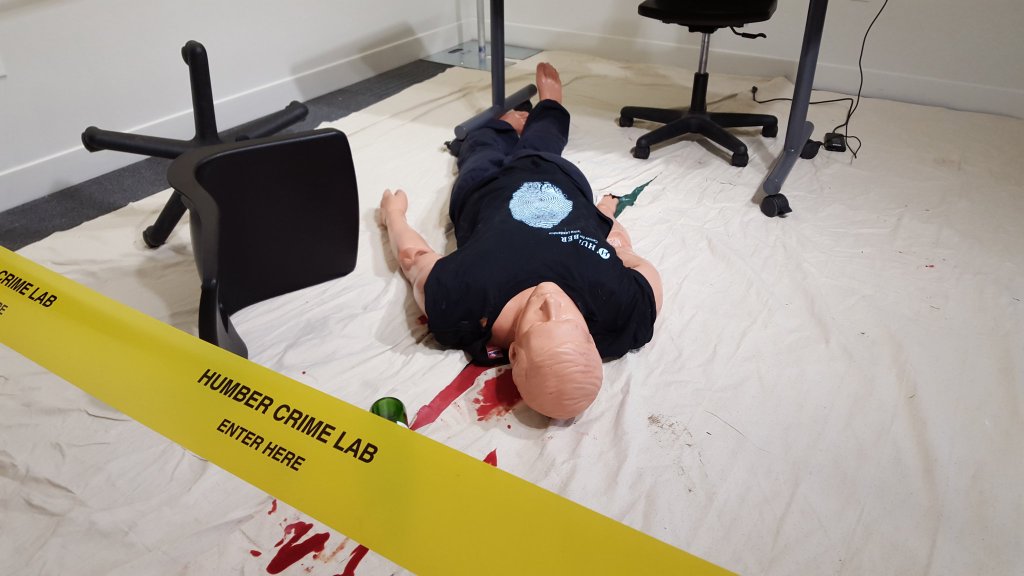 In teams of four, Humber students looked at finger prints, took pictures of evidence and gathered blood samples without tampering with the crime scene.

At CSI Humber, an event held Monday in the L Space Gallery at Lakeshore campus, students were given information and tasked with solving a mock murder mystery.

Students’ skills came into play when observing the area, piecing together clues and coming to a reasonable conclusion.

This is the second year Doug Thomson, a criminal justice professor at Humber’s Lakeshore campus, has judged the CSI challenge.

“It’s not like what you see on TV,” said Thomson, referring to the show CSI.

Evidence collected from such cases were used as examples around the room, giving students the chance to look at actual forensic evidence and see what experts themselves would have noticed.

The CSI challenge will run until March 18 and students can sign up to participate online. An open house at Lakeshore’s Annex-Forensic Lab (AN112) will take place on March 16 from 5 p.m. to 7 p.m., where students from any program can try to solve the crime and learn to take fingerprints.

Can you solve the murder at Humber Lakeshore? Register here to discover who killed George Brown!https://t.co/DGqSj0u5aH#CSIHumber #Humber