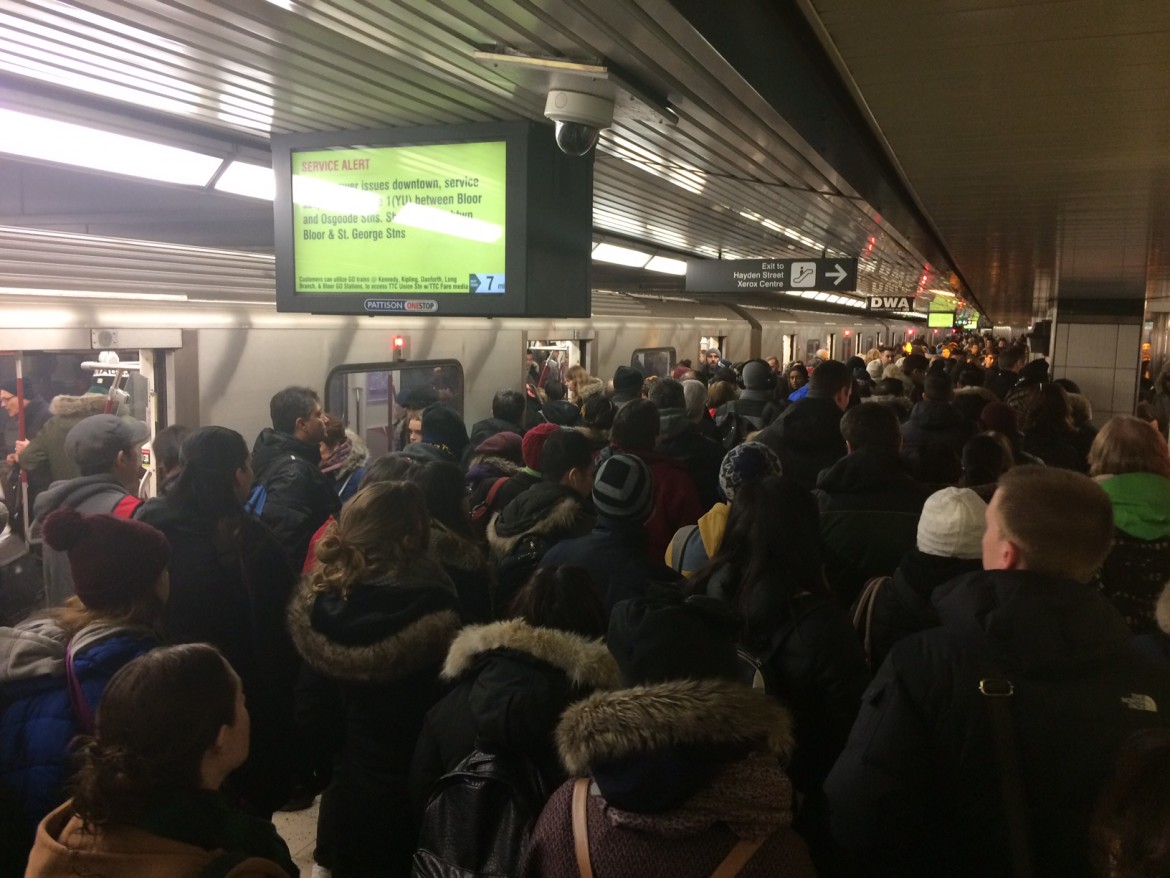 For many Toronto commuters, it’s been a day from Hell.

A massive transit delay in the downtown core came just ahead of the looming threat of an afternoon and evening winter storm.

The Toronto Transit Commission posted on Twitter earlier this morning that service had initially been suspended between its Bloor and Osgoode stations.

Kadeem Griffiths, Communications Advisor at Toronto Transit Commission told Humber News that the fire, which began at 50 Richmond St. E. sometime after 1 a.m., continued to be an issue as customers began their morning commute.

“They couldn’t get the fire out, there were still hot spots until the subway was supposed to start running at 6 [a.m.],” said Griffiths.

Though service was eventually restored to some stations as early as 8:30 a.m., shuttle buses were still necessary as Union to Bloor-Yonge remained without power until shortly before 11 a.m.

More than 130 shuttle buses were operating to aid commuters getting to the other side of line 1 with additional buses being pulled from regular TTC routes.

The disruption came ahead of a winter storm warning for the GTA with Environment Canada predicting as much as 15 to 25 cm of snow expected to fall between tonight and Wednesday morning.