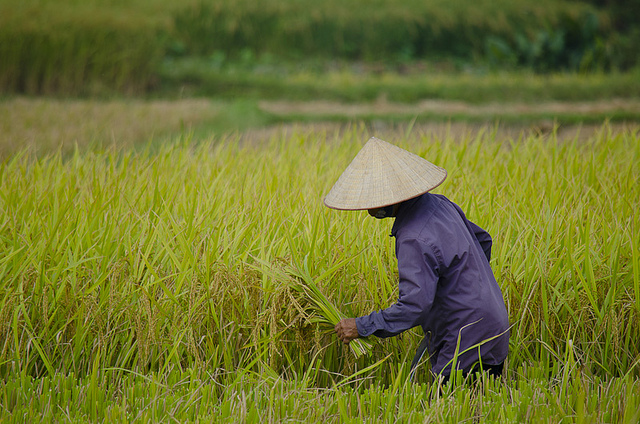 The Nature Publishing Group released a study examining the planet’s greenhouse gasses between 1981 and 2010, which revealed that all of the Earth’s land biosphere contribute to greenhouse gases in a way similar to fossil fuels.

The Earth’s biosphere is defined as all the plants, animals and micro-organisms living, and non-living, on the surface of the earth.

According to the study, a large man-made contributor to increased methane and nitrous oxide gasses is rice-farming, 90 per cent of which is found in South and Southeast Asia.

The study says “the terrestrial biosphere can release or absorb the greenhouse gases, carbon dioxide (CO2), methane (CH4) and nitrous oxide (N2O), and therefore has an important role in regulating atmospheric composition and climate.”

“The contribution of microbes, humans, and animals to greenhouse gasses is not a new discovery, that has been known for a long time,” Stewart said.

According to the study, atmospheric carbon oxide has increased by nearly 40 per cent since the start of the industrial era. The United States Environmental Protection Agency said that prior to the Industrial Revolution, climate change could only be connected to natural causes such as solar energy and volcanic eruptions. However, the modern age’s culprit for climate change is primarily human activities.

The study, based on the researchers best estimates, says humans have contributed to animals, plants, and micro organisms expelling more methane and nitrous oxide gasses primarily through agriculture.