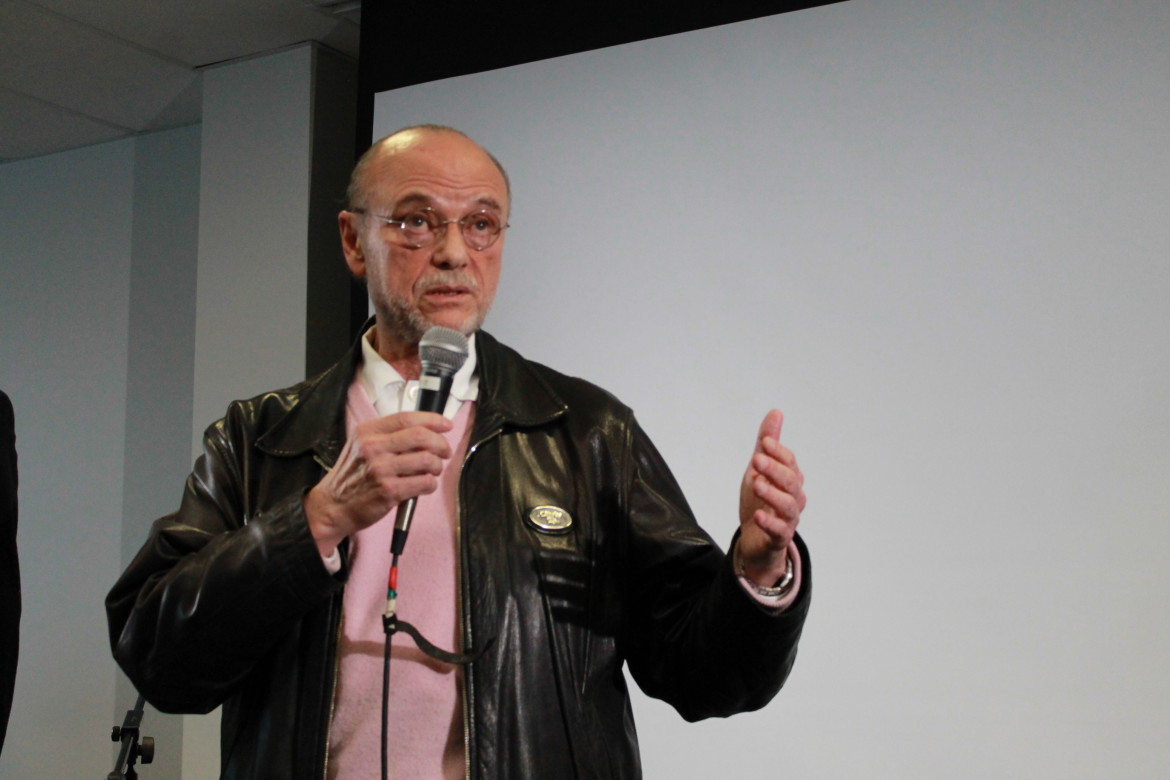 Moses Znaimer spoke business, media and the future of both at Wednesday lecture. (Photo/Britnei Bilhete)

Moses Znaimer, one of Canada’s media pioneers, payed a visit to Lakeshore Campus on March 16.

As the founder of CityTV, MuchMusic and several other channels, Znaimer’s career in television helped to shape Toronto’s media identity.

“It was an exciting time (for) someone who has … a huge interest in music,” Andrew Scott, Associate Dean, School of Creative and Performing Arts told Humber News. “MuchMusic was able to capitalize on that.”

“Even the term VJ … that term didn’t exist prior to MuchMusic,” he said.

Znaimer delivered his lecture in his beloved format: video. A 3o-minute feature about his career and the changing landscapes of television over the decades.

Znaimer is now the founder and CEO of ZoomerMedia Limited, a multimedia company targeted to people 50 and up— “boomers with a zip” as he coined.

Steve Bellamy, Dean of the School of Creative and Performing Arts said the lecture highlights business strategies students can learn.

“I think he makes a good point about there is a sort of general media obsession with youth,” Bellamy told Humber News.

“He’s addressing a major gap in the media world,” with a powerful demographic with a lot of money to spend.

Early in his career Znaimer anticipated the rise of user generated content. Humber News asked him what was next to come, but he didn’t want to reveal too much of his “business secret” but he did say people haven’t “seen nothing yet.”

“I think the history of media is all about getting closer to the real thing so just when you thought it was as immersive as you can get,” Znaimer said. “It is going to get bigger and more powerful.”

What became clear within his question period was the generational divide with students continuously asking about his opinion on streaming services.

For example Netflix, one of the top movie and television sites, has over 75 million subscribers in over 190 countries according to the company’s site.

“But will that completely overwhelm the broadcast system? It hasn’t yet. The erosion is clear,” Znaimer said.

A part of media he’s sure will “fizzle” are alternative outlets, like Vice and YouTube, which he calls “conventional media disrupters,” that tend to be popular among young adults.

“People are using YouTube as a stepping-stone. The end destination, what they want, is a TV show.”