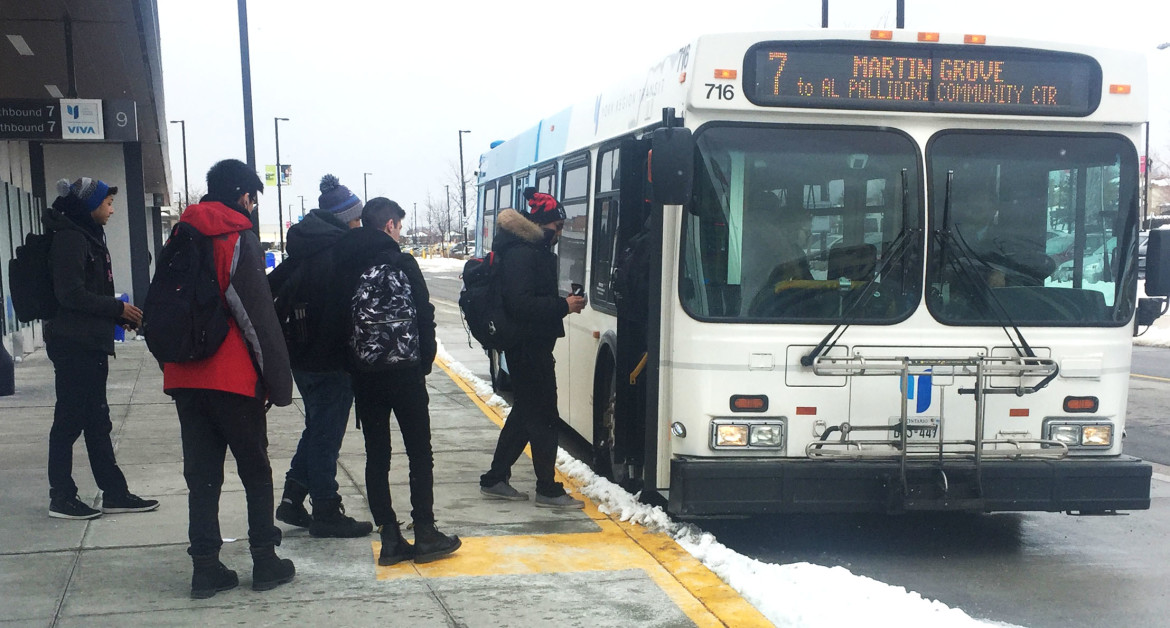 Toronto Councillors are telling York Region politicians that their Yonge Subway expansion line will have to wait until the Scarborough expansion has been completed. (Jelani Grant)

Students say extending Line 1 north of Finch to Richmond Hill would be a huge help.

Last week the issue of expanding the subway came up in a meeting between Prime Minister Justin Trudeau and 16 York Region politicians.

“If the TTC came all the way to Richmond Hill and then took me down to Finch Station…it would be cheaper and faster,” said Humber General Arts & Sciences student Samir Nosiri.

Extending the Yonge line “Might actually be helpful”, said Nosiri.

Right now Nosiri has to take three buses from Richmond Hill to get to school everyday. The expansion would cut his travel to just a train and bus ride.

“It would be a great change because travel in that area would be easier.”

Meanwhile, Line 1 is being extended on the western leg of the line into Vaughan with six more stations being added.

“If [the subway] goes further north, I’ll go up there more often,” he said.

Sofar lives in Vaughan and said that traveling downtown would also be an easier commute from his home.

Despite the numbers they projected, Toronto city councillors said their ongoing plans for the Scarborough line extension are still the number one priority.

Planning for the Scarborough line extension is scheduled to finish before the end of this year. However, some commuters would like to see City Hall’s priorities change to construction of the Yonge extension.

City council concluded the bickering regarding changes to the Scarborough line in late January when they released an updated Scarborough transit plan. The updated report may be why councillors are sticking together regarding York Region’s proposed transit development.