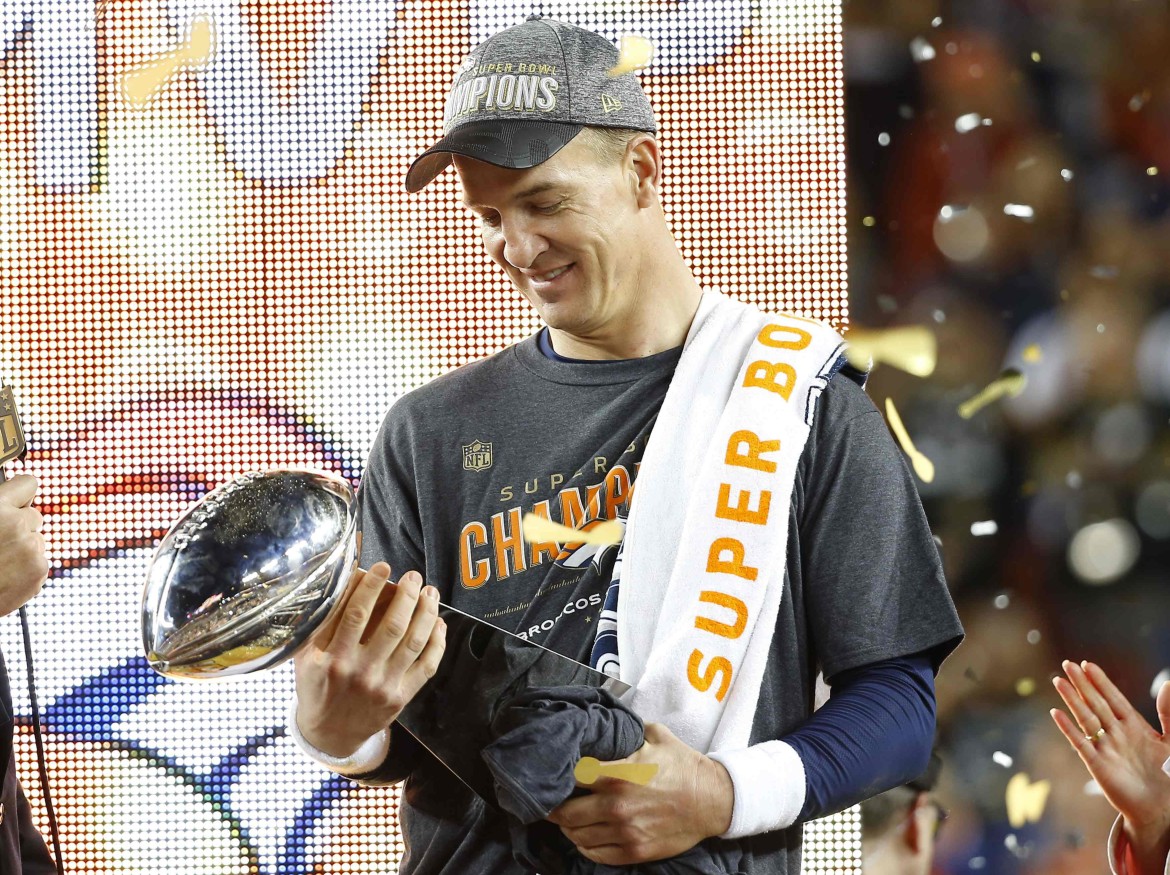 Peyton Manning was wiping away tears as he announced his retirement in Denver Monday after a long and distinguished career in the NFL.

“There’s something about 18 years,” Manning said. “Eighteen is a good number and today, I retire from pro football.”

The 39-year-old steps away from the game as a five-time MVP (most in NFL history) and a two-time Super Bowl winner.

Tony Ambrogio, professor at the College of Sports Media, said there’s no doubt that Manning is heading to the Hall of Fame.

“He’s one of the best quarterbacks to ever play the game. Top five, if not top three,” he said. “When you think of quarterbacks in the past 20 years, Peyton Manning is the name that comes right off the top of the list with Tom Brady and those kinds of names.”

Manning was selected first overall by the Indianapolis Colts in the 1998 draft. During his 14 seasons with the club, Manning developed his unique style of play, won a Super Bowl and proved to be an elite quarterback, something Ambrogio said helped put the Colts on the map.

Thanks for the memories, #18. pic.twitter.com/wEtcUy74aM

Manning signed a five-year deal with the Denver Broncos worth $96 million in March 2012, starting a new chapter late in his career. He guided the Broncos to two Super Bowls, winning the most recent (Super Bowl 50) against the Carolina Panthers.

“There’s not a guy in the NFL who can walk away and say, ‘I have done everything that can possibly be done at quarterback,'” he said. “Peyton can do that.”

Manning: “I revere football. I love the game … So, you don’t have to wonder if I’ll miss it. Absolutely. Absolutely, I will.”

Thanks have poured in from around the league, including NFL commissioner Roger Goodell who said in a statement Sunday that Manning’s love for the game made him a legendary player who provided much enjoyment.

“Peyton Manning’s extraordinary career was driven by his talent, an incredible work ethic, and an unwavering desire to be the best and ended so perfectly for him with a Super Bowl victory,” Goodell said.

Manning leaves the NFL with multiple records, including 539 passing touchdowns and 71,940 passing yards.

“Maybe I don’t throw as good and run as good as I used to, but I’ve always had good timing, and I think that’s a true case in this sense,” Manning said.

He was known around the league for calling out a Nebraska city just before the snap, and today, Manning signed off his news conference with his signature call.