Candidates for the 2016 HSF election 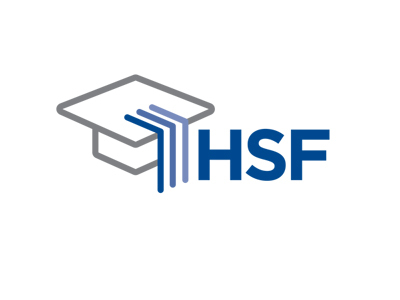 The idea behind Joel’s entire platform is that students should be getting the most for their money. Students are paying a lot of money to attend school and for HSF to operate, Caldarola thinks these funds should be spent wisely.  If elected, Joel’s goal would be to make sure, that Humber students’ get their money’s worth.

Joel has never worked with HSF, so his decision to run for the president  comes from a desire for improvement.  He thinks HSF is going in the right direction in a number of ways. His take on the presidency is not about the year spent in the office, but about the legacy he’d leave behind.

“The two biggest points of my platform are U-pass, which would make it so much easier for students to take transit in the whole GTA and get to school. Secondly, another big point is student housing, so that students have a good place to live that’s priced well and also good quality. Helping students with their rights, whether it’s in the classroom, working, or renting a house.

Board of Directors North Candidates

She believes that as “a passionate, dedicated and focused Humber student” she will be that intermediary to make students’ voices count.

Believes that he should be elected  because of his community involvement, character and values.

According to his classmates he is approachable, responsible and knowledgeable.  Gill promises to bring to HSF leadership skills required to initiate, maintain and execute projects that will enhance the Humber experience.

Wants to make sure that student voices are heard.

He would like to make HSF more transparent and accountable by focusing on the best interests of Humber students.

Believes she is a good leader, based on her morals and values.

Says student resources and accessibility are his focus.

Is ambitious on making affordability, healthy food and lab resources his main focus for this election.

Is determined to make changes for on-campus student issues like food costs and accessibility.

Is hoping for re-election because has fallen in love with being able to bring positive changes for students.

Hopes to make many memories in students’ lives through helping host a variety of events.

Says he wants everything he does to be what is the best for students.

Promises to do his best to make HSF better than the last year.

Promises to dedicate himself to the betterment of students’ campus life.

Is motivated to work for social causes and play an integral role in HSF.

Has a dream for the  Humber Board of Directors to be more reflective of diversity.

Wants students to remember that their dreams are her goals.

Used his last name to coin a term G.O.O.L, which stands for Goals, Opportunities, Options, and Life. Gool plans to bring the term to life here at Humber if elected.

Believes she can use her personality and charm to act as a voice for Humber students once elected.

Will focus on self-growth, collaboration and making a difference.

Wants to improve students’ life by helping them to find their voice.

Will continue to advocate for academic excellence, personal growth and development of the key skills.

Board of Directors Candidates

Dedicated to bringing Guelph-Humber’s distinct voice to HSF and advocate to resolve challenges particular to GH.