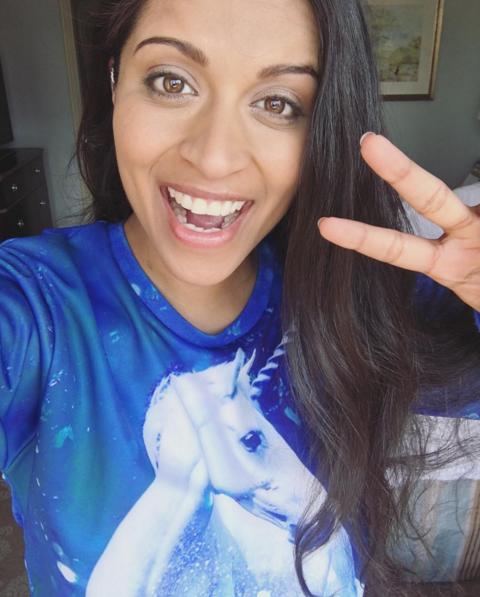 YouTube sensation, comedian, and entrepreneur Lilly Singh (AKA. Superwoman) is on a roll.

Scarborough-born Singh has more than 15 million followers across four platforms, a place on Forbes list of YouTube millionaires (with a reported $2.5 million net worth) and now she has a spot on Time Magazine‘s just announced 30 Most Influential People on the Internet list.

Singh’s message of positivity and inclusion is reaching an ever-growing audience.

Her quirky, sometimes outlandish skits (playing multiple characters and donning elaborate costumes is the norm) to her YouTube channel, poking fun at everyday behaviours like “How Girls Get Ready,” have garnered more than 1 billion total views (and counting), leading to comedy tours (like her recently wrapped Unicorn Island World Tour), media appearances and the cover of Elle Canada‘s March 2016 issue, with Maria Qamar and Eboy “WondaGurl” Oshunrinde.

Singh’s message that “everyone can be their own superhero” is resonating with fans who were elated at the news of her Time Magazine accolade.

In addition to being unabashedly silly, Singh is an open book to her legions of devoted fans, engaging them on social media and holding regular #AskSuperwoman live chats.

Since opening up about her struggles with depression in 2013, Singh has been speaking unguardedly about breaking the stigma around mental illness.

“That was definitely something super difficult and I hate to play the race card, but especially as a South Asian female it’s really not talked about in my community at all, any type of mental illness,” she told People Magazine.

“So it was difficult to include it, but the reason I started making videos was because I was coming out of depression – and I thought there’s probably so many other people out there that experience the exact same thing and no one talks about it.”