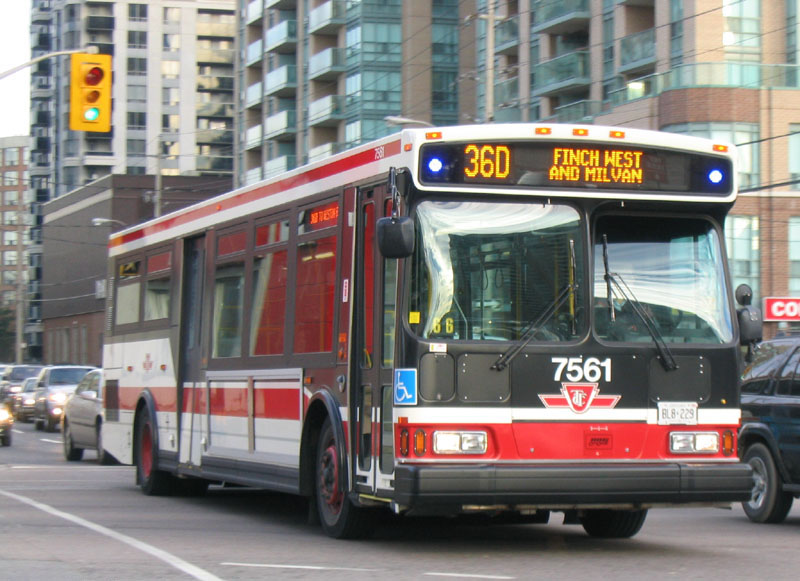 The 36 Finch West bus line has topped a list of criminal incidents on TTC buses, according to a report by the Toronto Star.

The report, which covers data collected from January 2010 to August 2015, shows that fraud and assault – particularly on drivers – are the most common incidents reported on transit lines, with threats and misdemeanours not far behind.

According to the report, the 36 Finch West had 322 total offences, while the 354 Lawrence East night bus had the highest offence rate, with 92 crimes per 10,000 passengers.

The Star also shared examples of specific incidents from the report, which include lurid details like a passenger threatening to smear their own blood on a driver and another rider waving a knife in front of a pregnant woman’s stomach before punching her.

The TTC currently employs special constables to protect its passengers and employees, but their effectiveness is questioned by Amalgamated Transit Union president Bob Kinnear, who told the Star that the public “doesn’t take them seriously.”

In general, however, the crime rate on buses has decreased between the end of 2012 and the beginning of 2016.

Here is a visual breakdown of the report, with more comprehensive data.