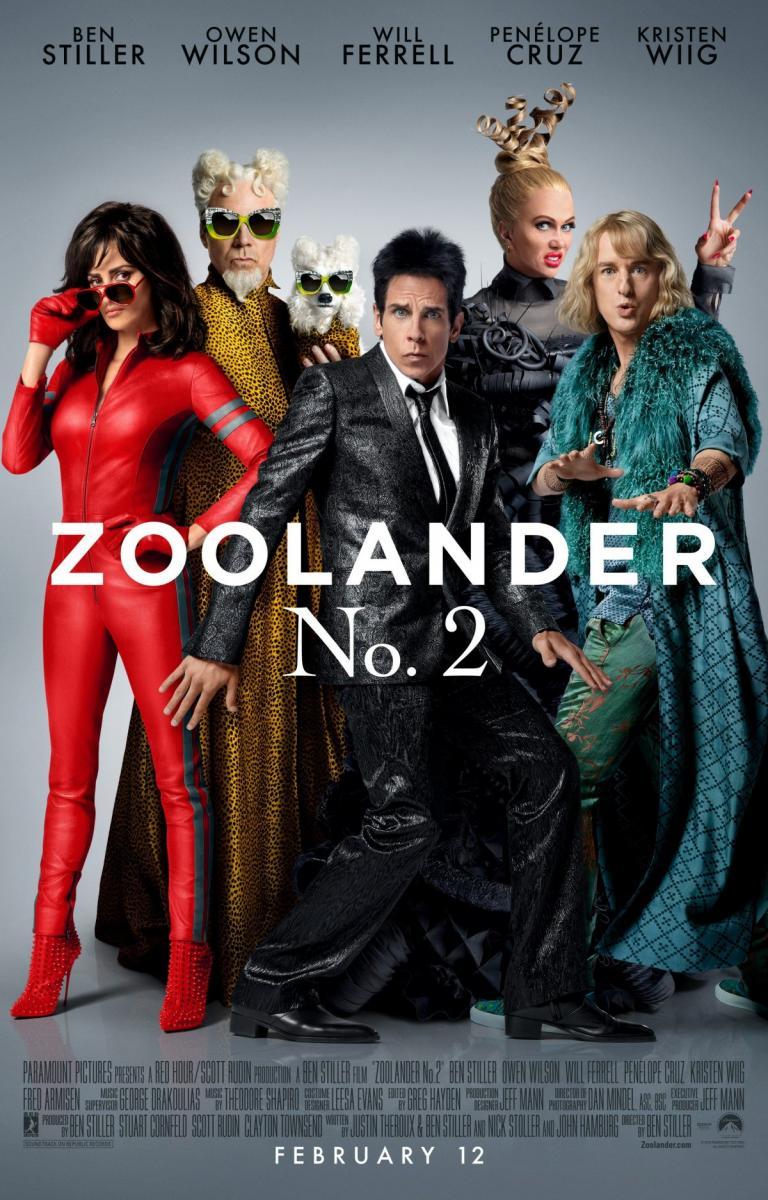 Derek Zoolander and Hansel strut back into theatres today with the premiere of Zoolander 2, but anticipation for the sequel has been building for nearly a year. From magazine covers to runway show appearances, the fashion world has been embracing the film wholeheartedly, laughing at itself in the process.

The follow-up to 2001’s slow burn hit Zoolander was announced in March 2015 when Ben Stiller and Owen Wilson walked the runway as Derek and Hansel at the Valentino Fall 2015 fashion show in Paris. With that high fashion moment, the marketing strategy for the sequel was clear: Zoolander 2 was laughing at the fashion industry and the fashion world decided to get in on the joke.

“It’s so surprising to see that the fashion industry actually has a sense of humor about itself,” Ryan Porter, Toronto entertainment critic and commentator told Humber News.

Promotions for the film continued with Ben Stiller and co-star Penelope Cruz gracing the cover of American Vogue‘s March 2016 issue.

“I think it’s news to everyone that (Vogue editor-in-chief) Anna Wintour would defrost enough to put Derek Zoolander on the cover of Vogue. It just goes to show how self-obsessed the fashion industry is that even if they’re being made fun of, they will take it as long as they’re getting the attention and they’re elevating it,” said Porter.

Earlier this week, skincare and beauty behemoth Kiehl’s hosted a launch event for Zoolander-branded anti-aging products. The store rolled out a leopard print carpet and invited guests into “The Derek Zoolander Center for People Who Don’t Age Good,” a riff on the Derek’s “centre for kids who can’t read good” from the first film. Guests were guided by male models through an experience that included sampling the new anti-aging mist, tutorials on the ideal pants-to-nipple ratio and concluded with a selfie station, naturally.

For a brand that takes itself and its history seriously (store clerks wear lab coats after all), the partnership was surprising to many. Porter says the strategy was particularly unexpected because it “seems far away from Kiehl’s branding to make fun of the fact that they’re obsessed with how people age.”

“How funny is it that Kiehl’s, much like Vogue, another stodgy fashion brand that feels like it has absolutely no sense of humor, is actually willing to make fun of itself through Zoolander and that it becomes okay because of that lens?” Porter mused.

In an interview with AdWeek, Evan Slater, executive creative director of Night Agency who masterminded the event, said the marketing effort is a way to engage fans through social media content tied to the experience. “This one, as odd as it seemed, felt like a perfect relationship, especially since the film is about Derek’s struggle with aging,” he said.

Derek and Hansel’s high fashion promotional tour wrapped up on Feb. 10 when the stars arrived in ridiculously good-looking character and did their best “blue steel” with Wintour herself at the film premiere afterparty, proving that Zoolander is, indeed, so hot right now.