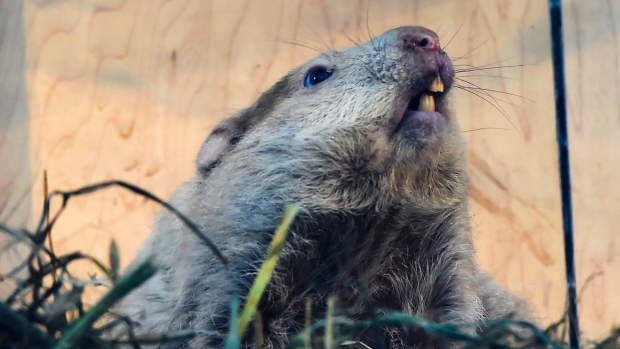 By Phil Witmer with files from Nick Beare

Wiarton Willie, the most famous rodent in Canada, saw his shadow Tuesday morning and forecast six more weeks of winter.

Janice Jackson, the mayor of Wiarton and South Bruce Peninsula, told Humber News reporter Nick Beare that she was excited to see Willie again, as he hasn’t been seen since the summer.

Willie’s forecast runs contrary to the predictions of other Canadian groundhogs like Shubenacadie Sam in Nova Scotia and Balzac Billy in Alberta who didn’t see their shadows, thus signifying an early spring.

This would correlate with a December 2015 report from Environment Canada that the current winter season would be considerably milder than is normal.

The report also says that the warm weather patterns are due to the El Niño system in the Pacific Ocean.

The clear contrast between Willie’s prediction and the outside weather — Toronto will have a high of 11 C on Wednesday — was humourously noted on Twitter by experts like CBC meteorologist Jay Scotland.

I’m not losing any sleep over this… https://t.co/eDIl1t8K6k