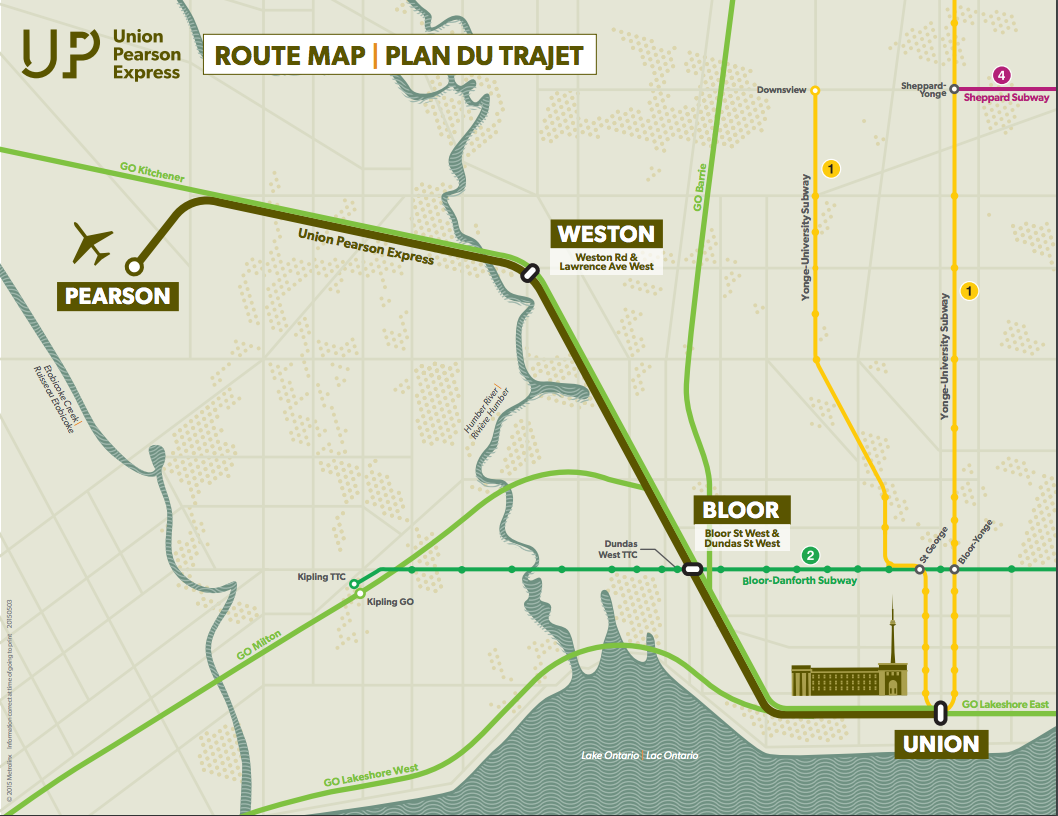 When in doubt, make it cheaper.

The underused UP Express train, which began running last June, is about to become much more user friendly as fare prices are being cut by more than half.

The new business strategy was announced at an afternoon press conference by Minister of Transportation Steven Del Duca, and later this evening the plan will go for approval before Metrolinx, which manages the service.

UP Express (UPX) is a commuter train that runs from Union Station to Toronto Pearson Airport with a 25-minute travel time.

An adult ticket using Presto has dropped to $9 from $19, or $12 from $27.50 without a card. For commuters hoping on the airport train for one or two stops, the cost will be even less, Metronews reported.

The fare change comes after UPX made the service free for the Family Day weekend earlier this month in an effort to make the service more publicly known. The trial run was a success, with more than 10,000 people the first day alone.

Vanessa Barrasa, a spokeswoman for Metrolinx, told Humber News on Tuesday that over 40,000 users of the service showed how much they’re satisfied with the train. Barrasa said the company’s goal is to now make it known to a larger audience.

She said Metrolinx has been working on a business strategy to make the service even better.

“It’s a step in the right direction but it’s certainly not enough,” Jess Bell, head of the advocacy group TTCriders, said in an interview with the Globe and Mail.

UPX riders, along with media personalities and travel tour guides, have taken to social media to express their gratitude for the service:

First time taking @UPexpress – Wifi + outlets + no traffic to downtown Toronto – I am in! pic.twitter.com/lFurafWlpf

Our trans Canada rail trip is off to a fantastic start. Amazing service aboard @UPexpress. Great welcome to Toronto

The meeting begins at 6 p.m. this evening at the Metrolinx head office downtown.