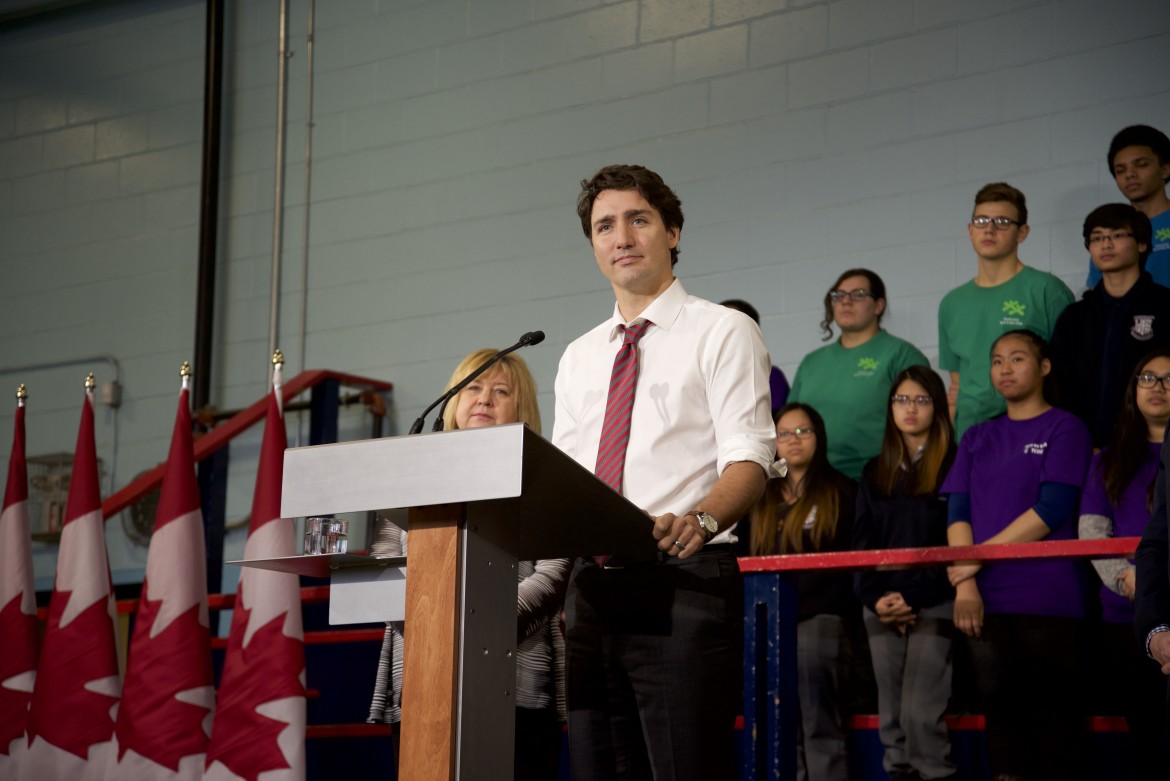 Justin Trudeau speaking to the media at Dovercourt Boys and Girls Club in Toronto. (Morgan Gallagher)

Trudeau committed an added $113 million for each of the next three years’ budgets for the Canada Summer Jobs program. This brings total student hires to 70,000 annually – approximately double the number under the previous government.

Canada Summer Jobs provides funding for employers to create job opportunities for full-time students between 15 and 30. Public and private sector employers can receive up to 50 per cent of minimum wage for students hired, while not-for-profit employers can get up to 100 per cent covered.

The application period for the program has been extended until Mar. 11 as part of today’s announcement.

“We know that summer jobs are critical for helping young people get the experience they need to start their careers, to pay for their studies and build self-reliance,” said Trudeau during a brief press conference at the Dovercourt Boys & Girls Club in the Davenport riding of MP Julie Dzerowicz.

“With this announcement, tens of thousands of young people can get started in moving up the career ladder,” added Trudeau. “Not only is this good for them, it’s good for the broader economy now and in the years to come.”

In his now-familiar casual white dress shirt with rolled up sleeves, the Prime Minister was all smiles as he mingled with the club’s young members, even playing a spirited foosball match in the games room.

Trudeau was joined at the club by Dzerowicz, as well as Minister of Employment MaryAnn Mihychuk and Peter Schiefke, the youth parliamentary secretary to the Prime Minister.

The Liberal PM also outlined the list of accomplishments during his first 100 days in office, highlighting tax cuts for the middle class and investments in innovative industries before making his summer jobs announcement.

“What we do by allowing more young people to get better summer jobs … is having a real positive impact on the community organizations and the communities that they’ll be serving,” said Trudeau.

“I can assure everyone this isn’t the sum total of our investments in young people that we’ll be making in the coming weeks, days and years even,” said Trudeau.

Concerns still abound about how exactly the Liberal government is going to manage their proposed deficits and a slow economy, but Trudeau appeared confident with a young crowd of club members behind him.