Tory: Taxi protest during NBA All-Star weekend would do more harm than good 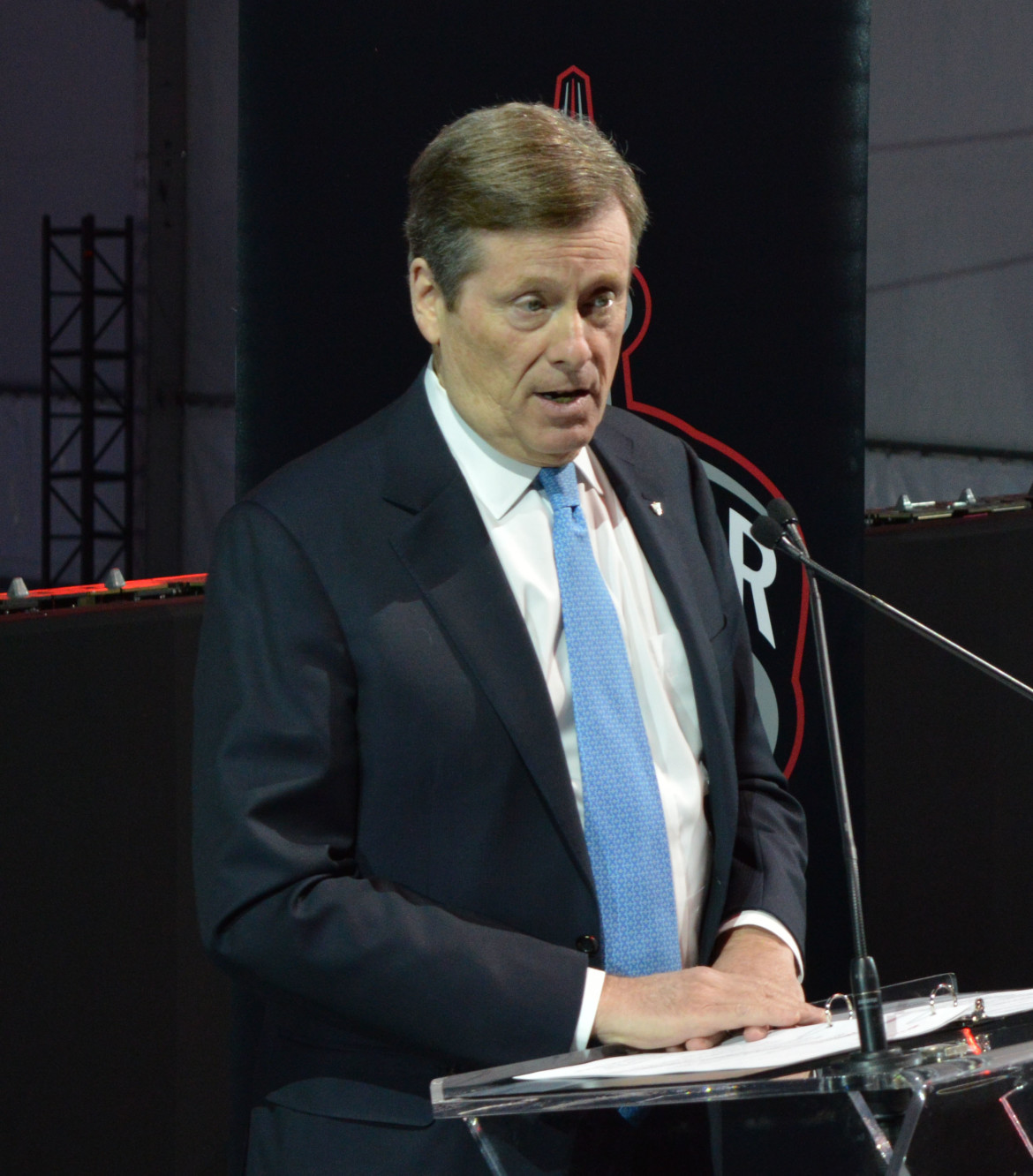 Toronto mayor John Tory said Monday that another taxi protest against Uber during the NBA All-Star weekend would not help cabbies find a peaceful solution.

Tory delivered that message at a news conference kicking off NBA All-Star week at the newly-constructed True North event centre across from the Rogers Centre. He said protesting is not the best course of action.

“It doesn’t enhance the reputation of the taxi industry or their cause,” he said. “A protest of this kind won’t make the all-star week better, but also will not speed up by one minute that process (of finding a solution).”

The newly formed United Taxi Workers Association said Sunday that this protest would be bigger than the one that caused major traffic chaos on Dec. 9.

“We have nothing left to lose and there’s no sympathy from city officials, including the mayor,” United Taxi representative Paul Sekhon told CTV News.

With thousands of visitors expected in Toronto this weekend, Tory said now is not the time to be taking these actions. He said the city is working to create new bylaws that would regulate Uber and create a fair playing field for the cab industry.

“We are working as quickly as we can to find a solution, that no protest, no matter how disruptive or how many people are involved, is going to speed up that process,” Tory said, adding that the best way to resolve the issue is at the negotiation table.

The mayor said that if a protest were to cause major traffic chaos, law enforcement officers would have to step in.

Last Wednesday, the ride-sharing service was granted a taxi brokerage license from the city. He said he believes the industry can be involved in creating these bylaws in a peaceful manner, and that Toronto is ready to welcome thousands of fans.

“It’s a proud moment for our city to be able to host a global attraction,” Tory said. “It’s a great opportunity to showcase our city to the world.”

This is the first time the all-star event will be held outside of the United States.

Dave Hopkinson, chief commercial officer at MLSE, said they’ve been planning the bid since 2012, and there will be lots of festivities taking place.

“There will be events all over the city all week,” he said. “Everyone is incredibly excited at the events we’re going to be bringing.”

The Canadian International Auto Show is also starting this weekend at the Metro Toronto Convention Centre, an event that draws more than 300,000 visitors each year.