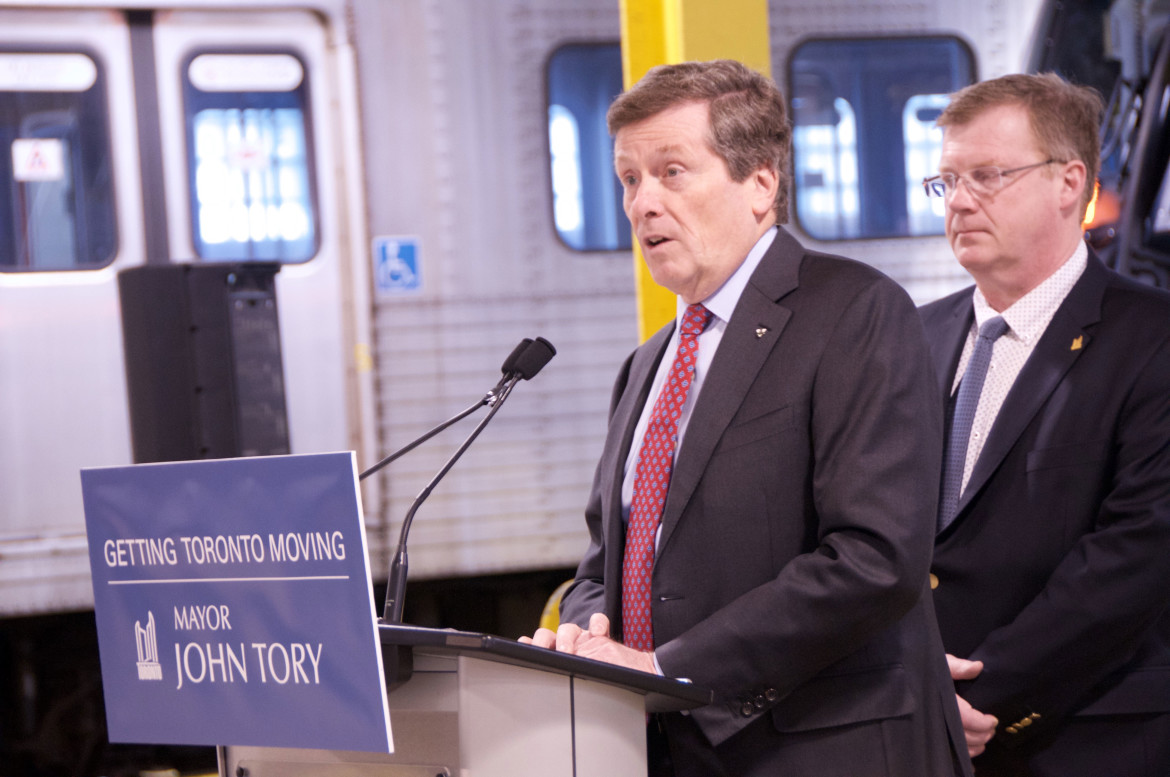 The TTC will steer its 2016 budget towards reducing delays on its subway line by 50 per cent, said Mayor John Tory in a press conference Monday morning.

Tory stated that $50 million in additional funding would go towards the initiative, with a projected completion date of 2019.

The plan, which Tory described as “an aggressive strategy”, will be implemented through the launching of additional trains on the Yonge subway line later this year along with more work trains and improvements to the maintenance and repair of the subway vehicles.

“I take the subway virtually every day. I know how important it is to get to work on time,” said Tory. “We need fast, reliable subway service and that’s exactly what we’re focusing on delivering for the people of this city.”

TTC CEO Andy Byford said that the commission would work to remove subway line delays by replacing signal systems and increasing the security of passengers.

“We’re going to solve this problem the same way we’ve been doing for the past few years, which is [through] relentless attention to detail,” said Byford.

Mayor Tory also made sure to remind people that while the refinements made through the budget last year have made a difference, ongoing work like SmartTrack and the Scarborough line is necessary and part of his vision for Toronto’s transit system.

“These are things that will provide relief for the overcrowding on the subway line,” said Tory.

A $95 million dollar investment in the TTC last year resulted in an overall drop in delays across all systems by 13 per cent.

“We haven’t achieved perfection,” said Tory, “but we have achieved improvement that is noticeable to me as a customer.”