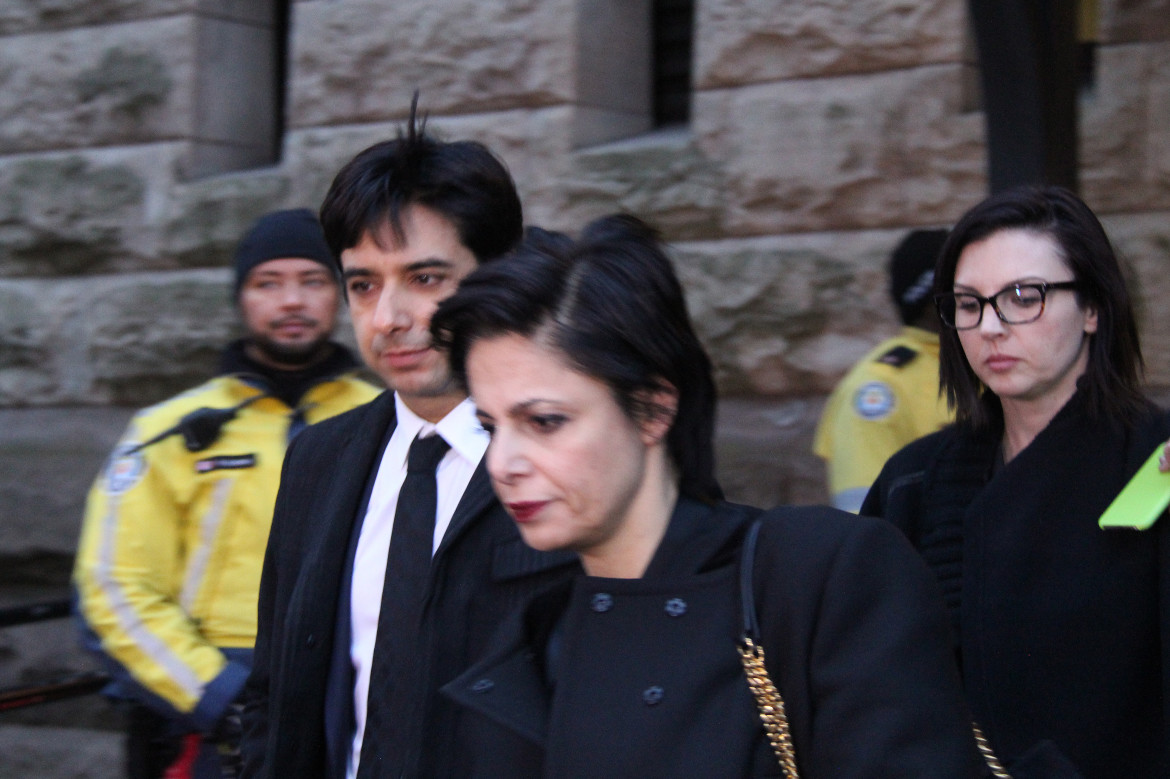 By Ryan Durgy and Evan Millar

The third witness in Jian Ghomeshi’s sexual assault trial says what began as consensual kissing in a Toronto park led to choking and smothering that she says “didn’t feel safe or sexy.”

This incident took place in 2003 after the complainant finished an arts performance at a summer music festival. She says the two met up and then moved to a secluded area: a bench near the park’s baseball diamond, away from where the performance had taken place.

That’s when she says she felt Ghomeshi’s teeth on her neck.

“At that point I wasn’t trying to get away,” she said.

The complainant says Ghomeshi’s hands then moved around her neck and over her mouth causing her to have difficulty breathing.

“There was nothing about this that I wanted to be a part of,” she said.

She says she met up with the former CBC host again, this time for a date after the festival had ended.

The Crown questioned the witness on why she met with Ghomeshi after that initial incident for a date that included dinner at a King St. restaurant and subsequent visit to a bar.

“Maybe I misread it,” she said. “ Maybe if I do something different, it won’t be like that.”

The Crown then asked why the complainant hadn’t previously told police that Ghomeshi spent part of that night at her place.

She said it was embarrassing, not relevant and instead wanted to focus on what she describes as the “bad parts”.

The next time the two met up was at a Parkdale party where she says Ghomeshi told a journalist she says may have been from the New York Times, that the two “weren’t dating, just f***ing” and called a close friend of hers “controlling”, saying she “didn’t have her best interests at heart”.

It was then that the complainant says she decided to cut ties with Ghomeshi.

The witness says that on August 3, 2003 Ghomeshi called her while she was in Vancouver asking how she was and how her flight had been.

“Leave me alone,” she said she told him at the time.

The witness says she never spoke to Ghomeshi about the park incident although they saw each other multiple times at events.

In her cross-examination, Marie Henein focused on what she said were omissions in the witness’ statements to police, her online dialogue with previous witness Lucy DeCoutere and her continued contact with Ghomeshi.

Henein brought up how the witness had gone to police on Friday February 5, 2016 and revised her statement to police during a nine-minute interview where she revealed that she masturbated Ghomeshi after their second date.

Ghomeshi’s lawyer also said that the witness told police she wanted to be in public when she met Ghomeshi after the incident and didn’t mention their private interactions when he came over after the second date and spent part of the night there after their sexual interaction.

The witness described the sexual activity with Ghomeshi after their second date as a “bad call.”

She also presented several emails and Facebook messages between the witness and DeCoutere, mapping out how the two initially met and bonded – a process that involved nearly 5,000 messages in total.

In one message, DeCoutere called the complainant’s statement part of a “Jenga tower” against Ghomeshi. The Crown highlighted the fact that the complainant had made no attempt at deleting these conversations.

The complainant says although she spoke with DeCoutere throughout meeting with potential lawyers, there were no specifics shared.

When Henein asked the witness why she had continued inviting Ghomeshi to events after saying that she wanted to keep her distance, the witness said that the invites were only in a professional capacity.

Before court was adjourned, the Crown said it would like to bring a fourth witness to the stand on Wednesday or Thursday but that they had been snowed-in in Halifax.

The discussion on whether or not this fourth witness will testify will be decided Tuesday morning.