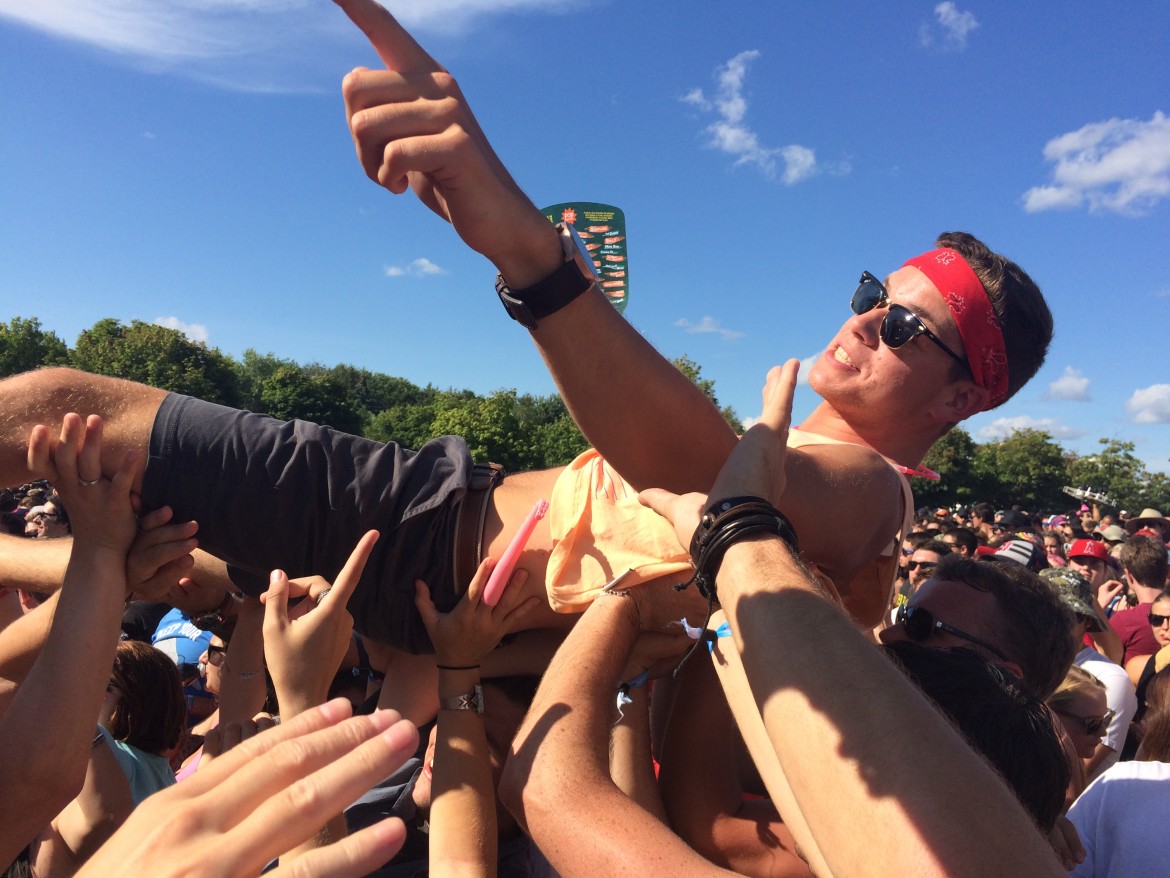 If the crowds at last year’s festival were any indication- Osheaga 2016 is probably going to be a sold out crowd! (Ryan Durgy)

The Osheaga Music and Arts Festival in Montreal has released its lineup, filled with global superstars and some homegrown talent as well!

Montreal’s very own Grimes, Wolf Parade, and Kaytranada are among the Canadian talent at the music-filled weekend that also includes Toronto’s Tory Lanez and July Talk.

The 2016 Osheaga line up. (Courtsey of Osheaga.com)

The festival runs the weekend of July 29 to 31 and 3-day passes are currently available on Osheaga.com.

As we await the summer, also known as festival season in the music world, check out some music videos from Osheaga’s 2016 line up, below:

I'm breaking out my flower crown because @osheaga announced their lineup and there's no way I'm missing the greatest weekend of the year!!