No more shark fins in Canada? 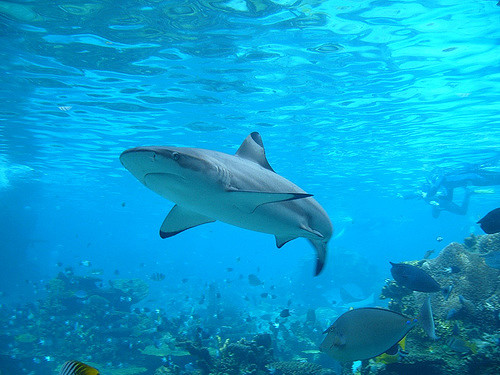 With the rise of veganism and animal abuse stories, the welfare of animals has become a huge and heated topic.

Today, it has taken a even bigger turn.

Liberal MP  Nathaniel Erskine-Smith will  introduce a private members bill in the House of Commons this week that calls for a ban on importing Shark fins into Canada.  According to the Globe and Mail, it is a “three-part animal welfare bill that also restricts the sale of cat and dog fur, and strengthens the Criminal Code surrounding animal cruelty.”

Three years ago debates over the shark fins erupted across the country. Toronto’s City Council tried to ban the item but the Ontario Superior Court overruled the ban as the judge said the decision cannot be made municipally.  As a result, fins continued to be sold.

With rising concerns about the welfare of animals, the bill may have a better chance at being passed than it did three years ago.

That will not go over well with some restaurant owners who claim a shark fin ban will be bad for business.

Fred Lee, the manager of Paradise Fine Chinese Dining in Toronto, told Humber News that shark fin has been a “hot item for Chinese people for decades.”

Lee said for some of his customers shark fin has long been a cultural delicacy.

“It has been around for many years and generations. I would say it is a 50-year-old or more item,” said Lee.

Roughly 100-million sharks are killed every year for their fins which has led to the drastic decline of the global shark population. Animal activists fear that extinction of some species of sharks may soon be a reality.

Emily Lavender, a campaign coordinator for PETA, told Humber News the ban would be a step in the right direction.

“Sharks are butchered, their fins are hacked off, they suffer unimaginable pain and they’re left to die,” said Lavender.

Currently, Canada is second to Asia as the biggest shark fin importer.

“Anytime a country makes a ban other countries take notice. It leaves an impact,” said Lavender. “People will want to learn more about it and will want to take action in their country.”

But even if the ban gets passed, Lavender says the battle for animals is ongoing.

“It’s a victory for animals, but we have so much more to go,” she said.