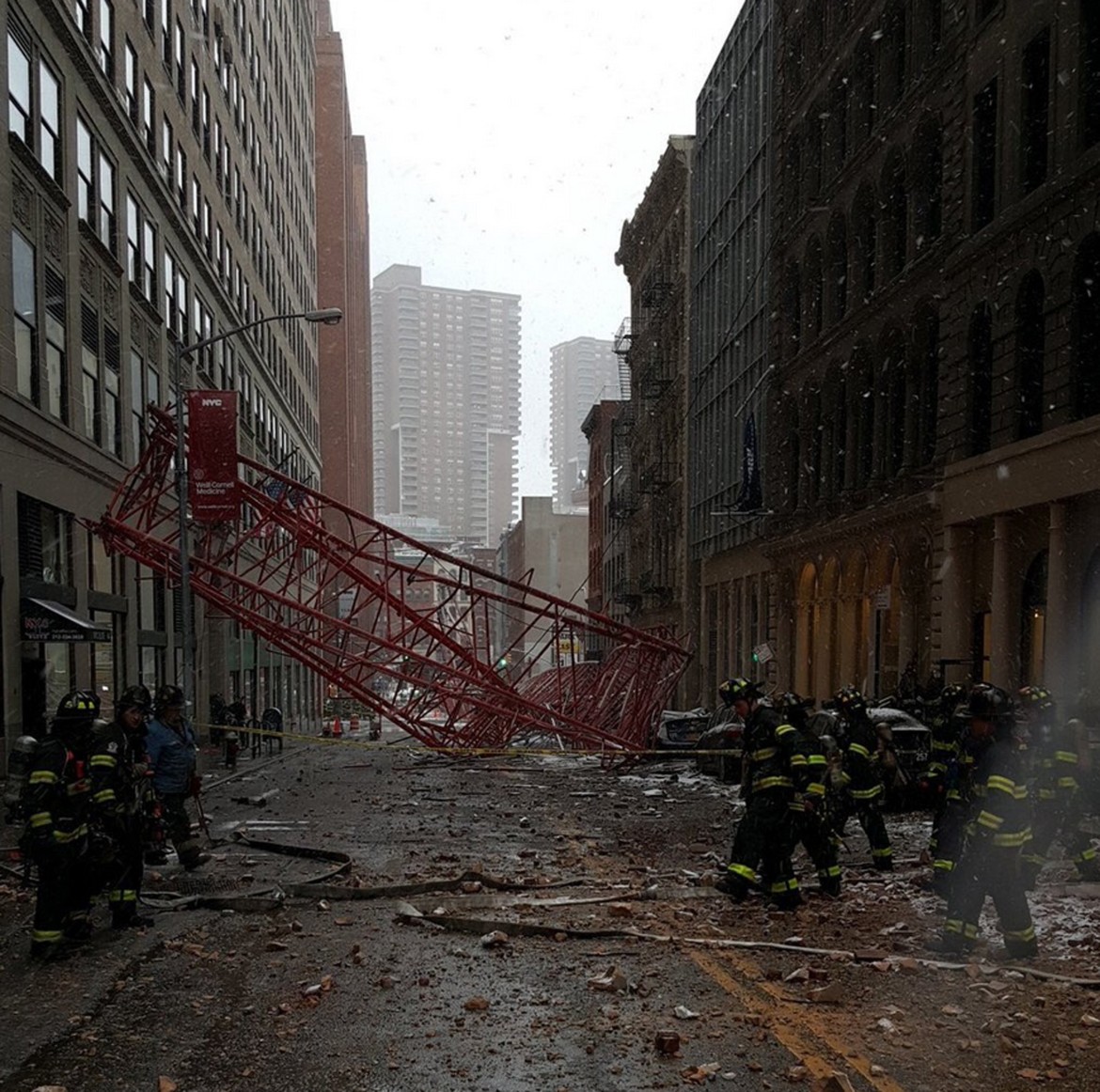 Emergency crews survey a massive construction crane collapse on a street in downtown Manhattan in New York, in a picture released by the New York City Police Department on February 5, 2016. The accident killed at least one person and seriously injuring two others, a spokesman for the New York City Fire Department said. (REUTERS/NYPD)

On the morning of February 5, 2016 a 565 foot crane in New York City fell during the morning rush hour.

The crane was working on a building to update the air conditioners, but had halted work when their supervisors wanted the crane lowered because of the high winds.

The extent of the damage is unknown at the time, and is still under investigation by the NYPD and building officials.