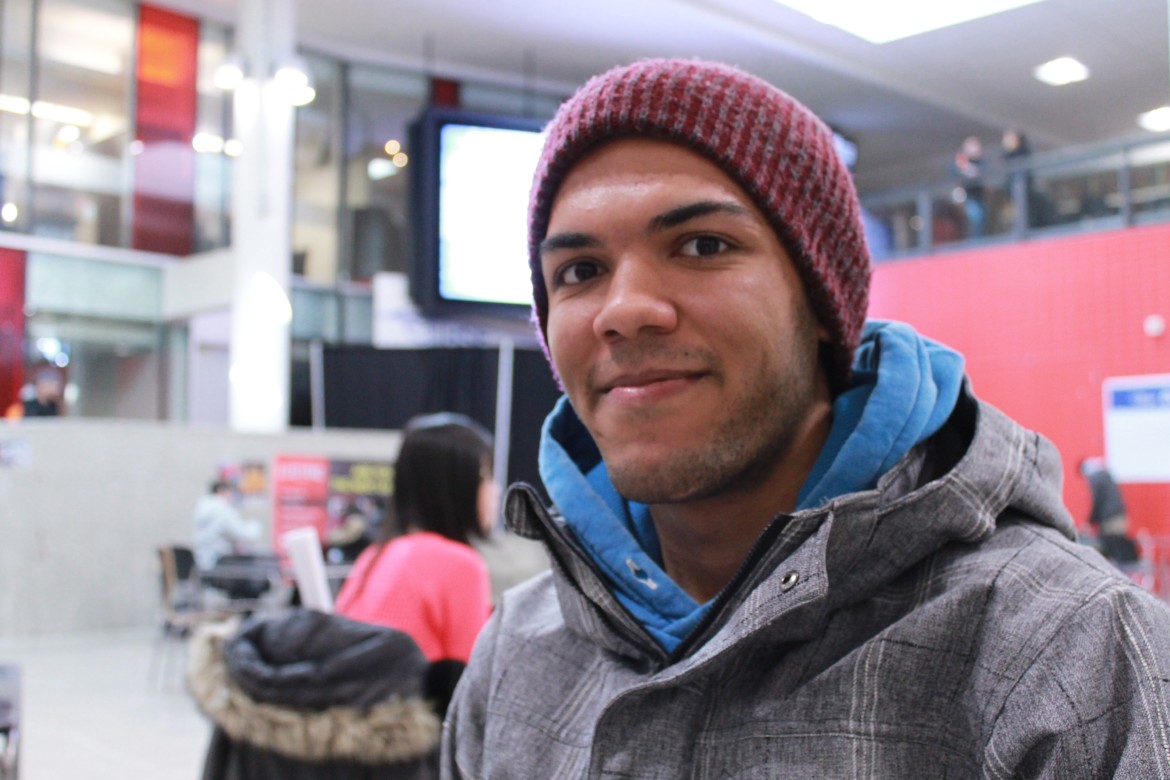 The Ontario budget released on Thursday outlined an Ontario Student Grant that would cover costs for average post-secondary tuition for students from families with incomes of $50,000 or less.

A portion of students from families with incomes between $50,00 to $83,000 could qualify for non-repayable grants for tuition, and no student will receive less than they can currently receive.

Below are interviews with Humber college students on the proposed Ontario Student Grant.

“I think it’s something that we should always consider to help the economy and everything in general. It would be better if people could go to school. It would be easier, I know some of my friends are in heaps of student loans and debt. So, I’m lucky but I know it can improve for them.”

Q: How are you affording your education?

“My dad is a business owner and my mom is a lawyer, so we bring in a good amount of income. And I work, so combined we pay for it ourselves.”

Q: How much is your program?

“I believe, it’s about $3,000 per semester and that’s give or take a couple hundred extra. Plus textbooks and transit and all of that stuff. At the moment I carpool, so obviously gas is an issue. At times, I also stay in Toronto so there’s transit involved.”

Q: What are your parent’s backgrounds? Are they immigrants? Canadian citizens?

“My mom has lived here her entire life and she used to live in Newfoundland. So, not really an immigrant but sort of. My dad is also the same he’s lived here his entire life.”

“I’m glad you ask me this question because it hits me personally. My family is under the 50k limit. It would be good, not only for me, but for others in my situation as well. Especially because it’s hard enough finding or coming up with money that you need as it is. So, it would be good to have that grant to give us that break that we all need.”

Q: How have you been affording school right now?

“Right now, I’ve been working non stop in the summer just to be able to pay for all of my bills that come during the school year. At the same time, I’m not really getting anywhere because all of this money that I am making is just going right back into school. So, I’m not really scratching the surface in terms of saving for the future.”

Q: If you don’t mind, please tell me a little bit about your parents, were they immigrants? Were they born here?

“Both of my parents were immigrants. My mom came here when she was 15 with her family on a boat, not from a plane, but a boat from Belgium. My dad he claimed refugee status when he was 16 from Trinidad and Tobago…Especially on my dad’s side it was very war torn and in poverty because of the drugs that’s affiliated with Trinidad and Tobago. And my mom on the other hand, her and her family were just looking for a better economical life in Europe.”

It’s just bringing everyone to the same level, so that’s why I would be grateful for those who do have it.

Q: Do you think that this is going to be beneficial to students?

“For someone like me for example, not only would I be getting that free tuition and I would be working towards something I want. If it’s free it would be kind of pointless for you to go to school if you weren’t really interested in it right? So, for me I would be able to go and study the things I want, in this case further my accounting experience and I would be able to work over the summer and save up to pay off any of the existing debt or save up for a house or car in the future, if I need one.”

Q: If education was more affordable would you consider going to university?

Q: So, if the grant did not effect you, how would you feel about it?

“Even if it didn’t effect me I would still feel grateful for the people that it does effect. For everyone as a whole it just brings everyone up to the same level. It’s matter of fairness. It’s not a matter of ‘oh, just because someone came from a more wealthy family as opposed to a lower income family.’ That barrier is no longer existing with that grant.

Q: How do you feel about the Ontario Student Grant?

“Personally, I think that it is kind of a scam. They’re trying to tell people that they’re getting free tuition but they’re hoodwinking them. Because essentially you’re not getting free tuition, you’re getting less things for more money. And this budget has to be evened out and the money’s going to have to come from somewhere else – i.e cigarettes, alcohol, higher gas prices…And the students that can afford education, they’re going to be making up for the student who cannot afford tuition.”

“I have been lucky enough to have a trust fund towards my education. I have lots of friends who cannot and you know what they get a part-time job and they pack [OSAP] back.”

Q: Where do your parents come from?

Q: Tell me a little bit about your expenses as a student?

“For expenses as a student, traveling is a lot of money. I’m coming from Yonge and Lawrence, so I usually rake the GO bus or if I can’t take the GO bus, I take the TTC. It’s at least $10 a day…and then if I have an 8 a.m. class my bus doesn’t run so I have to take an Uber which is $27 each way. So, it’s kind of expensive then you have to pay for food. I’m lucky enough to be living with my boyfriend, so I don’t have pay rent.

“What are the rules for it? Could be good, and it’s probably going to be good for future families and current families as well. But for previous situations, who knows.”

Q: How do you feel about the proposed Ontario Student Grant?

“They’re just saying that it’s $50,ooo and under for any sort of low income families who can’t afford to provide schooling for their kids or for whoever they need to provide for. In a sense, we look at us who have already gone through school and were like, ‘well, are we going to be compensated for this if we are in the situation?’…what’s the deal with that?”

Q: How are your expenses as a student?

“Mine are probably $5,000 under per semester or total. I can afford with a part-time job and a full-time job in the summer. So, I’m fine with it. It’s not that expensive but in situations like universities they’re paying three or four times more what I’m paying.”

Q: Tell me a little bit about your parents? Were they immigrants or were they born here?

“…My parents started from the bottom. My mom and dad were both OCAD graduates and that’s when it wasn’t a university. And now they are both art directors and creative directors, they’re in the industry too. So, they worked their way up.”