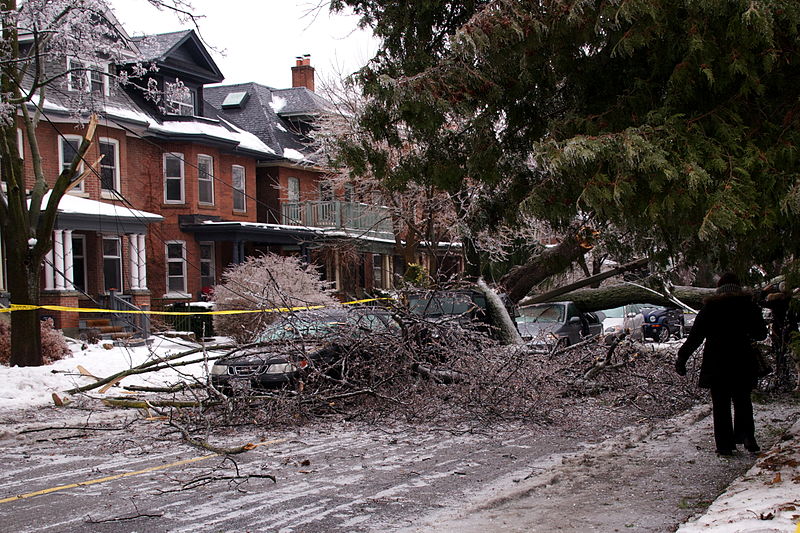 A powerful winter storm has raised warnings across southern Ontario but Humber College is leaving its doors open until further notice.

According to an Environment Canada statement made on Monday, the storm originates in Texas and is predicted to arrive in Ontario on Wednesday morning, continuing until Thursday.

An updated advisory released on Tuesday morning said that many areas north of London could experience up to 20 or 30 cm of snow.

The storm comes after an uncharacteristically mild weekend for the season.

“It’s a real messy one. It’s a large-scale system and will have a fair amount of impact inside and outside of Ontario,” said Coulson.

According to Humber’s severe weather closure policy, decisions regarding the shuttering of campus doors are made by a small group of administrative staff who report weather data to Senior Academic Vice President Laurie Rancourt.

“I provide information and recommendations to [Rancourt]. We are monitoring the weather reports and we have access to radar and we also communicate with other institutions,” said Public Safety Director Rob Kilfoyle.

Kilfoyle told Humber News that from what he has gathered, the storm will likely cause more rain than snow in the GTA, which means that a closure of the North and Lakeshore campuses is unlikely.

Humber’s Orangeville campus is more likely to be closed due to its more northern location.

“There is probably a better than 50 per cent chance that Orangeville might close at some point… They could get upwards of 30 cm of snow before Thursday,” said Kilfoyle.

The last time Humber College closed because of heavy snowfall was in January 2015.