Future TTC plans mulled over in board meeting 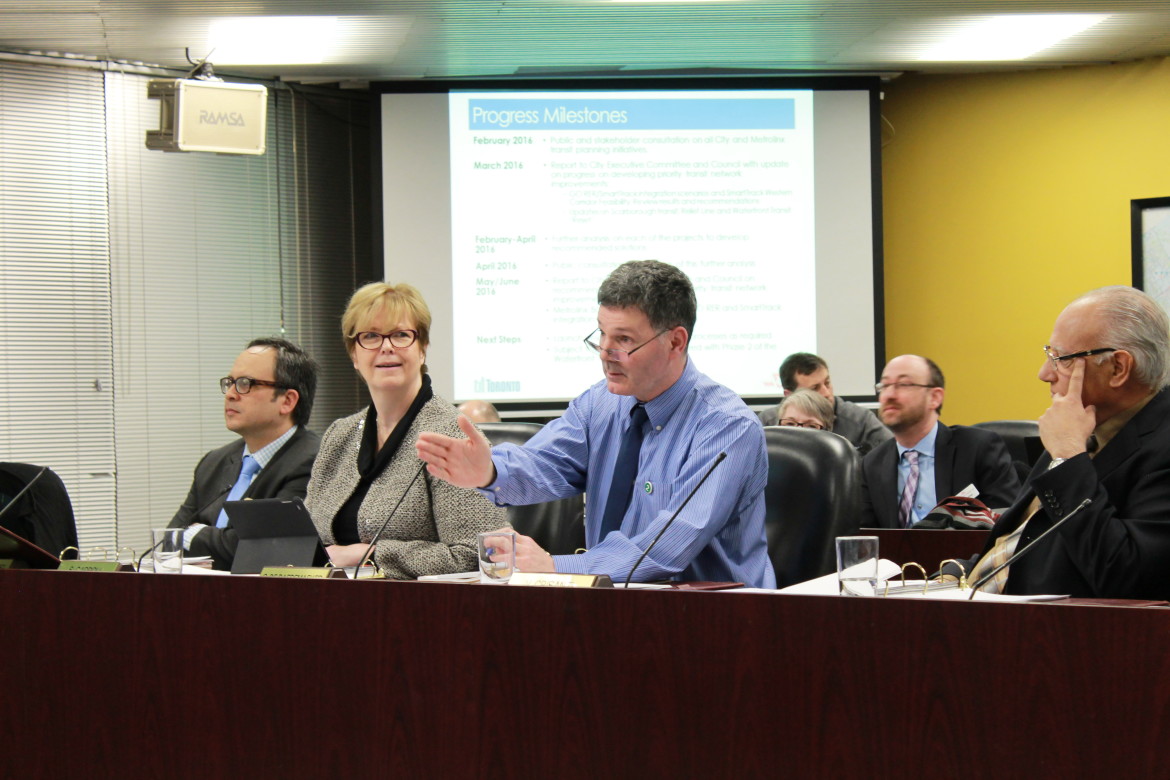 By Britnei Bilhete and Clare Jenkins

Future transit plans were discussed at a TTC board meeting Feb. 25.

The city’s Chief Planner and Executive Director Jennifer Keesmaat delivered a presentation on several future projects, noting that the infrastructure is 30 years behind and that ridership is growing quickly.

The plan proposes to tackle four major projects over the next 15 years.

One of the suggested developments brought forth by Keesmaat in collaboration with TTC staff was an Eglinton-Crosstown Light Rail Transit (LRT) extension to University of Toronto Scarborough.

Another was to build an underground express train from Kennedy station to the Scarborough Town Centre which looks to improve overall local access and regional connectivity.

“There’s over 20 years of planning policy that recognizes the Scarborough Town Centre as a hub,” said Keesmaat, describing it “as an area that will affect growth, that will become a vibrant, mixed use part in Scarborough.”

“Scarborough has the worst transit of any part of the city. People feel resentment and hostility to the rest of the city and that is not healthy,” he said.

“It bothers me greatly that a lot of my residents walk around and mumble and curse under their breath that we’re second class citizens.”

There’s also frustration in communities by Toronto’s waterfront where condominium growth is four times faster than the rest of the city according to Keesmaat.

“The residents there are getting pretty impatient that (the City of Toronto) keep approving these projects and not providing the transit,” she said.

At the same time the City of Toronto and TTC are working together with Metrolinx and GO Transit to bring more transit to communities throughout the Greater Toronto and Hamilton Area, specifically in Kitchener and Stouffville.

The downtown relief line was also mentioned. The plan for the relief subway line has been underway for several years and Keesmaat said it will be moving forward quickly.

Her report recommended that the subway should run from Pape station to Queen Street. According to Keesmaat the alignment would support social equity because it’s near to Regent and Moss Parks.

Within the next six years it’s projected that four projects will be completed including: